Libya's prosecutor-general Abdel-Qadir Radwan on Saturday authorized the use of force against the tanker. 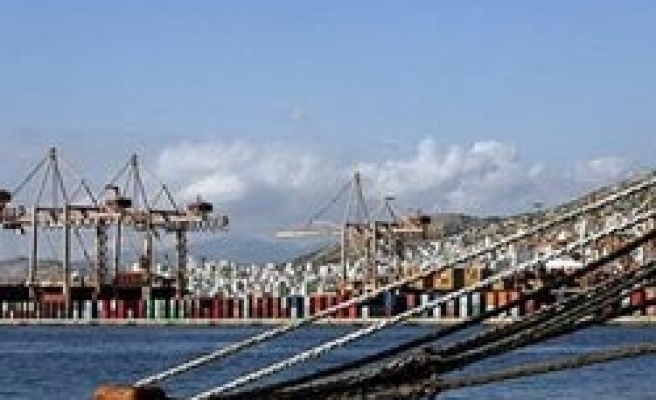 Armed Libyan revolutionaries besieged on Sunday the exits of the eastern Sidra port, waiting for a North Korea-flagged oil tanker loaded with thousands of oil barrels without the approval of the Libyan government.

"Our boats are sealing off all exits from the Sidra port," Ahmed al-Gazouri, one of the revolutionaries, told Anadolu Agency.

He said the revolutionaries, who hail from Benghazi and Misurata, will seize the tanker for buying the oil shipment for an unamortized entity.

Libya's prosecutor-general Abdel-Qadir Radwan on Saturday authorized the use of force against the tanker.

In a press conference the same day, Premier Ali Zeidan threatened to strike the tanker if the crew declined to heed the orders of Libya's navy.

The Morning Glory oil tanker had berthed at Sidra port on Saturday and started loading 350,000 barrels of crude oil through a deal with the  self-declared administration of the oil-rich eastern Barqa region.

Local leaders celebrated the tanker's arrival on Saturday, hailing it as a victory for their region.

The 24-member administration, known as the Executive Office, was formed last year to run the affairs of the region, citing marginalization by the federal government.

It is not recognized by the government in Tripoli.

Libya has been suffering security turmoil since the 2011 popular uprising that ousted longstanding leader Muammar Gaddafi, amid tensions among its various regions.

Some regions are pressing for autonomy.