Libyans getting prepared for post-Gaddafi era

Life in Benghazi city, considered to be a stronghold of the Libyan opposition, has not turned into normal yet. 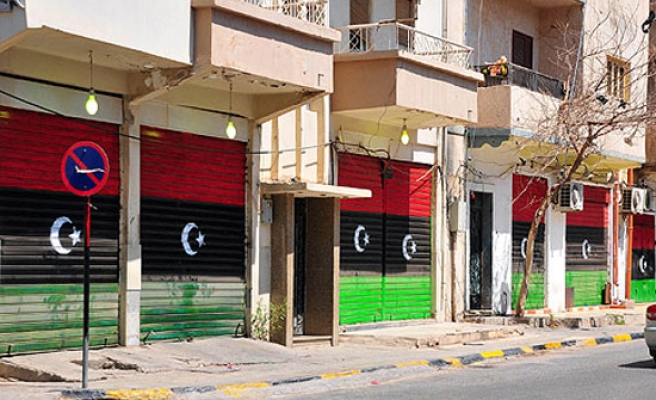 Members of the Libyan Interim National Transitional Council aim to form the new government in Tripoli in an attempt to get prepared for the post-Muammar Gaddafi era.

Life in Benghazi city, considered to be a stronghold of the Libyan opposition, has not turned into normal yet.

The National Transitional Council in Benghazi began to take steps for the new government after the opposition forces took control of the Libyan capital of Tripoli and Gaddafi's Bab al-Aziziya compound was captured on Tuesday.

The Council, led by chairman Mustafa Abdul Jalil, is expected to go to Tripoli in a few days unless there is a negative development.

Differences in opinion between opposition members may cause problems while establishing the new government.

Life in the center of the opposition, Benghazi, has not turned into normal yet. The people's most important problem has to do with security. While there is no organized security establishment, it is possible to see many individuals with automatic rifles in their hands. Children and automatic rifles were side by side in night long celebrations to mark the progress made in Tripoli.

Foreign journalists in Benghazi stay in two separate hotels. The hotels are being protected by soldiers loyal to the National Transitional Council. While the hotels are being protected by barricades, soldiers check ID cards at the entrance. No one was permitted to stay in high floors of the hotels, except the foreign journalists, during days in which a lot of clashes had taken place.

There are no traffic policemen that could be seen on roads. Traffic has been left to the mercy of the drivers. Most of the automobiles have been damaged and are old.

Most shops are closed due to security concerns and the holy month of Ramadan. Only a few people walk on the streets. The shutters of shops were formerly all green as the Libyan flag. Currently, many shutters have been painted to resemble the new Libyan flag.

There are dozens of pictures on walls and centers. The photographs on the walls are of those who were killed in clashes. The people try to remember those who lost lives for their freedom.

Meanwhile, many individuals who had fled Libya in order not to be responsible for Gaddafi's oppression began returning to their home country.