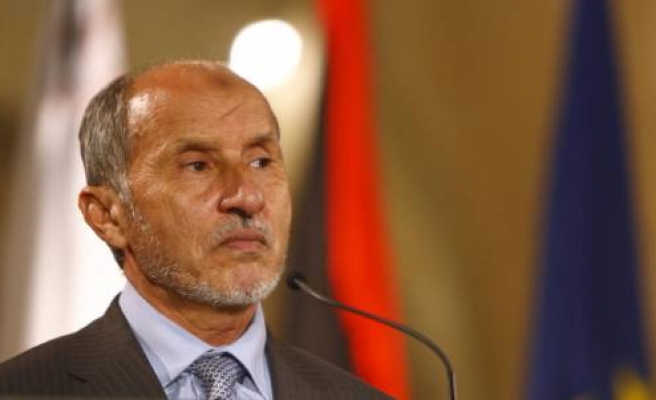 Throughout the uprising against Gaddafi's 42-year rule, his opponents have accused Gaddafi of hiring fighters from neighbouring countries like Nigeria, Niger, Chad, Mali and Sudan. That has led to fears of mistreatment of blacks now that the former rebels are in charge.

A U.N. commission of inquiry on Libya, which has not been able to enter the country since Gaddafi was driven from power, said it had received many reports of ill-treatment of black Africans and dark-skinned Libyans by anti-Gaddafi fighters.

Media reports from Libya have shown cowed blacks herded into trucks and raised accusations of summary executions. Blacks captured by anti-Gaddafi forces have told Reuters that they were innocent migrant workers mistaken for Gaddafi fighters.

Mohammed al-Alagi, identified as the minister of justice and human rights of the NTC, told the U.N. Human Rights Council that Gaddafi had used mercenaries to kill Libyans, but that any who were captured would be treated fairly.

"The Gaddafi regime declared war on the Libyan people, and used foreign mercenaries," al-Alagi said. "But when captured they will still have the right to an appropriate trial before an ordinary judge and according to international law."

He added: "We do not make any distinction among people on grounds of colour. And we do not discriminate against our brothers from African countries."

Gaddafi's loyalists also accuse their opponents of using mercenaries. They said on Monday they had captured 17 foreigners -- some British and French -- in what would amount to a severe blow to Libya's new rulers and their international backers.

Al-Alagi said that the NTC would investigate fully any violations of human rights committed by its fighters.

"There have been no war crimes (by anti-Gaddafi forces)," he said. "If anything illegal has happened, it was individual acts by revolutionaries who were not acting under instructions from the NTC. We have called on the revolutionaries to treat prisoners according to Islamic Shariah and international law."

Allegations of abuse by Libya's new authorities are uncomfortable for the NATO countries that helped install them. U.S. ambassador Eileen Chamberlain Donahoe said having a new government in Libya would make it easier to hold it responsible for human rights.

"The important point today is that we have a new government and we have a credible partner to work with and to encourage in Libya," she told reporters.

"That is where our emphasis will be in the near term -- to make sure that this new government gets off on the right foot and lives up to its responsibility with respect to accountability and creation of a secure situation for all."