Zwai will fly to Istanbul on Wednesday, before the OPEC summit starts, to attend a business forum held under the auspices of Turkish President Tayyip Erdogan 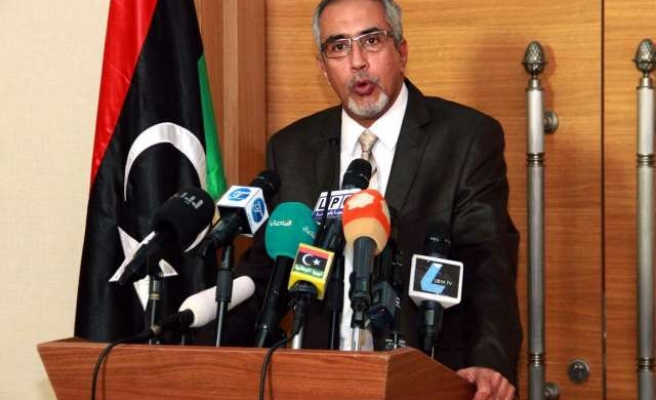 Libya's rival government wants to send its oil minister to the OPEC summit in Vienna this week and will refuse to comply with any production decisions if it is denied access, the minister said.

Libya has two cabinets and parliaments vying for legitimacy since a rival group took control of Tripoli in August, installing its own prime minister and assembly and forcing out the recognised prime minister, Abdullah al-Thinni.

The United Nations and world powers have not recognised rival Prime Minister Omar al-Hassi, but his political alliance controls major ministries in Tripoli.

"We are the legitimate government. We want to present Libya at this meeting," he said in an interview late on Tuesday. "We haven't yet received an invitation ... I've heard the other side got an invitation," Mashallah Zwai, Hassi's oil minister, said, referring to Thinni's cabinet.

The rival government's plans to attend the OPEC summit may pose a test for the international community over choosing an authority to deal with in the major oil producer, which is caught up in strife three years after the ousting of Muammar Gaddafi.

Thinni is operating from the east, to where the elected parliament has also moved its base.

Libya will not comply with any decisions taken in Vienna if Zwai can not go with his delegation, which includes National Oil Corp (NOC) Chairman Mustafa Sanallah and its OPEC governor, the minister said, sitting in the NOC office that had been used by previous oil ministers.

"If the government of Libya gets represented by the non-legitimate government, then we will take legal action," he said, adding that suspending Libya's membership or not paying fees were options.

In an attempt to reassure buyers of Libyan oil over the control of petroleum exports, Zwai said his government would not interfere in the business of the NOC and that the central bank was handling oil sales.

"We will be using the same payment system. We try to keep the central bank and the NOC out of this fighting," he said, referring to the political conflict. "We don't want to change the system. This is our responsibility to the Libyan people."

The central bank has managed to stay out of the conflict and currently keeps almost all oil revenue on its accounts, paying out only state salaries and essential food subsidies.

The biggest contributor was the al-Waha oil company with an output of 203,158 bpd, followed by Arabian Gulf Oil Co with 155,851 bpd, according to the latest production report from NOC that he gave Reuters.

Meanwhile, the 340,000 bpd El Sharara field was under control of an armed group allied to his government, Zwai said, though it could not produce crude because a rival group was blocking a pipeline. Clashes at the field forced its closure this month.

Zwai will fly to Istanbul on Wednesday, before the OPEC summit starts, to attend a business forum held under the auspices of Turkish President Tayyip Erdogan, according to a copy of the invitation addressing him as Libya's energy minister.

"This will be an opportunity to showcase the achievements of the national salvation government," he said, referring to the name of Hassi's cabinet.

A public appearance at an conference to be attended by 7,000 foreign businessmen from 102 countries, according to the invitation, would be a diplomatic success for the rival Tripoli government.

Most Western and Arab embassies moved out of Tripoli during fighting in the summer and have refused to return despite an improvement in security. But a Turkish envoy and the Sudanese foreign minister have both travelled to Tripoli to meet Hassi.