Sabha, deep in the North African state's Sahara desert, has been holding out along with Bani Walid and Gaddafi's hometown Sirte since the fall of the capital Tripoli on Aug. 23. 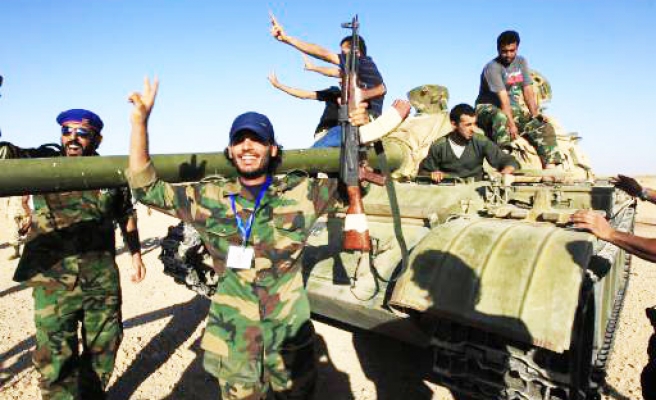 One of the last three main bastions of Muammar Gaddafi in Libya has been largely taken over by forces of the provisional government a month after he was toppled, an official said on Wednesday.

Sabha, deep in the North African state's Sahara desert, has been holding out along with Bani Walid and Gaddafi's hometown Sirte since the fall of the capital Tripoli on Aug. 23.

"We control most of Sabha apart from the al-Manshiya district. This is still resisting, but it will fall," National Transitional Council military spokesman Ahmed Bani told Reuters.

NTC fighters occupied the centre of Sabha on Wednesday after taking the airport and a fort the day before, CNN reported on Wednesday, citing one of its correspondents in the town.

NTC forces have faced stiffer resistance than expected in their efforts to take Bani Walid and Sirte and have had several major assaults repulsed by heavy fire from pro-Gaddafi forces.

Sabha has a large population of sub-Saharan Africans, many of whom fear reprisals from the NTC because of a belief that many fought as Gaddafi mercenaries during the civil war.

It occupies a strategic location as the last notable town in Libya before the country opens out into vast desert, which has been an escape route for some members of Gaddafi's family.

There were reports earlier that Gaddafi himself may be hiding in the town, along with his most politically prominent son, Saif al-Islam, but NTC fighters in Sabha have reported no sign of them.