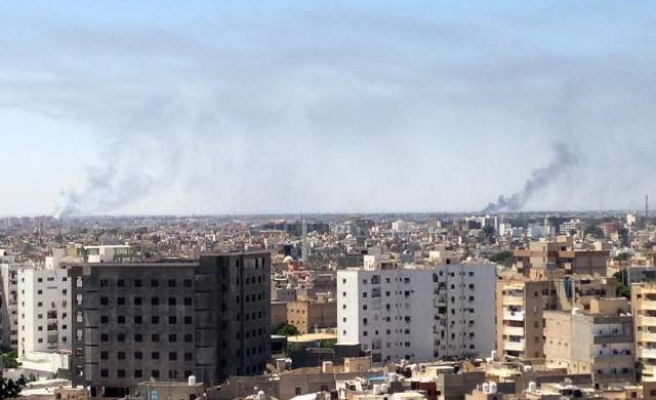 A representative of Libya's Tripoli-based General National Congress (GNC) on Tuesday urged the country's political factions to engage in dialogue without making threats or setting any preconditions.

At a Tuesday press conference, Saleh al-Makhzoum, who heads the GNC's delegation to the UN-sponsored dialogue, said the UN mission in Libya had postponed the dialogue until further notice.

"We will participate in upcoming [dialogue] sessions as the solution to Libya's political crisis must be a political one," al-Makhzoum said.

A fresh round of dialogue between Libya's warring factions had been scheduled for Thursday in Morocco, sources from both the GNC and Libya's internationally-recognized Tobruk-based government had told The Anadolu Agency earlier.

Earlier Tuesday, an official at the UN office in Morocco, insisting on anonymity, had told AA that the office had received a message from Libya's embassy in Rabat saying that the dialogue had been indefinitely postponed.

Al-Makhzoum, for his part, said the GNC had "proven its desire to enter talks and find a peaceful solution [to Libya's political crisis] while the other party [the Tobruk-based House of Representatives] is trying to drag the country… away from peaceful dialogue."

He went on to urge the international community to "recognize the legitimacy of the GNC in accordance with the ruling of the Supreme Court [in Tripoli], which deemed the electoral law under which the House of Representatives was elected to be unconstitutional and ordered its dissolution."

Libya has remained in a state of turmoil since a bloody uprising ended the decades-long rule of autocratic leader Muammar Gaddafi in late 2011.

Since then, sharp political divisions have yielded two rival seats of government, each of which has its own institutions.

Vying for legislative authority are the internationally-backed House of Representatives, which convenes in the eastern city of Tobruk, and the Islamist-led GNC, which – even though its mandate has ended – continues to convene in Tripoli.