A peaceful 2013 election has brought back some aid, but it is still struggling to impose stable government and economic reforms. 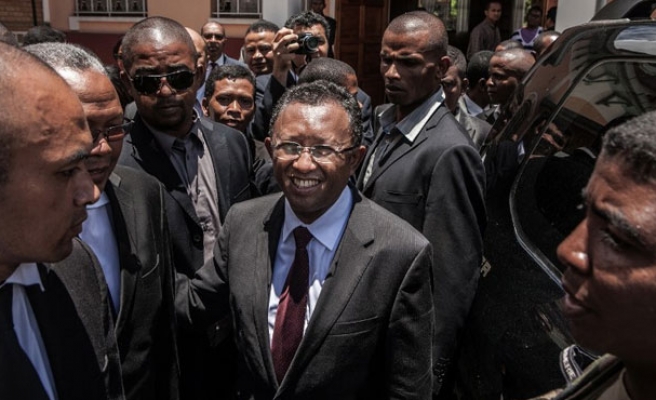 Madagascar's president announced the replacement of eight ministers late on Sunday, including a new finance minister, after the government was dissolved earlier this month amid mounting public frustration over power cuts and other issues.

Air force commander and businessman Jean Ravelonarivo was last week sworn in as the new premier.

While 22 ministers, including the minister of mining and petroleum, will keep their jobs, there were shake-ups in the ministries of health, culture, trade and the environment.

Maurice Gervais Rakotoarimanana, an accountant who has worked with the World Bank, will be the next minister of finance and budget.

"This government is ready to fight. Ready to fight against poverty, ready to fight for the development of infrastructure, for education, for health," President Hery Rajaonarimampianina said in a press conference after the appointment, adding that "special attention" will be given to building the energy sector.

The mineral-rich island nation has been struggling to rebuild its economy, which was battered after a 2009 coup that drove away donors and investors.

A peaceful 2013 election has brought back some aid, but it is still struggling to impose stable government and economic reforms. Big challenges remain, including weaning the nation off fuel and electricity subsidies.

According to an analysis by the International Monetary Fund released last week, Madagascar's economy grew about 3 percent in 2014, and could grow another 5 percent this year if it can boost tax revenue and improve the business climate.

Madagascar is one of the world's poorest countries, despite its reserves of nickel, cobalt, gold, uranium and other minerals.

As well as complaining about regular power cuts, many have said the government did not do enough to prevent a rare outbreak of the plague. The World Health Organisation (WHO) said that 40 out of 119 confirmed cases had died of plague between August and November.