Over 1,000 suspected cases have been recorded in 14 of Madagascar's 22 regions 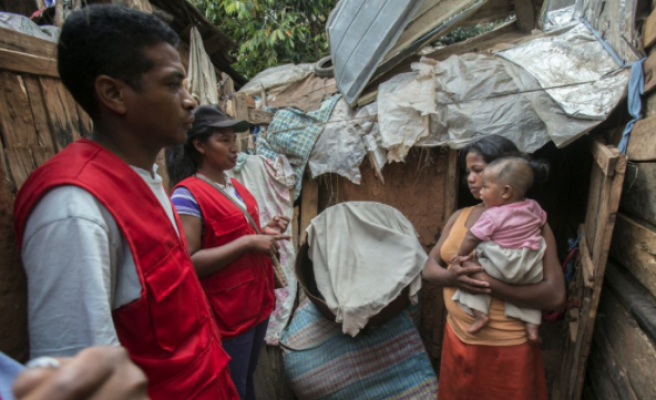 At least 124 people have died since August from a plague epidemic, while more than 1,000 suspected cases have been recorded in 14 of Madagascar's 22 regions, according to Malagasy authorities late Tuesday.

The ministry said 780 of the suspected cases had been cured while others remain under treatment.

The National Office of Disaster Risk Management called for strengthening sanitary control and screening carried at entrance and exit points of each affected city, ports and airports in order to reduce the transmission of disease.

The epidemic currently affects 14 of the 22 regions, the office added.

Symptoms of the plague include fever, fatigue, and cough accompanied by sputum containing blood.

The ministry is currently working on disinfection and disinsectization measures.

Foreign nationals in the country have also been reportedly affected by the plague, which is predominantly the pneumonic kind though there are some media reports suggesting that some cases of bubonic plague were also present in the country.

French Ambassador to Madagascar Veronique Vouland-Aneini said a French citizen, who died on Oct. 21, may have been a victim of the plague epidemic.

''This means that further tests will be carried out to find out whether or not he was a plague victim. It will take two weeks,'' Vouland-Aneini said in a statement.

According to a recent UNICEF report, “As of 19 October, a total of 1,297 plague cases have been notified [among these 131 confirmed, 574 probable and 592 suspected cases], with numbers indicating two concurrent epidemics of pneumonic (human to human transmitted) and bubonic (flea-bite transmitted) plague forms: 846 pneumonic, 270 bubonic, 1 septicemic, 180 nonspecified).

“Among these, 102 deaths have been recorded and 39 of the country’s 114 districts are affected. The WHO currently rates the outbreak as high risk at national level, medium risk at regional level and low risk at international level.”

Morocco King Mohammed VI announced 34 tons of medicines and other devices to help Madagascar deal with the plague.

The aid will arrive in the country on Wednesday morning, a Malagasy government said.

The Turkish Embassy in Madagascar had issued a statement urging Turkish citizens visiting the country to pay attention to preventive measures, hygiene, and avoid crowded places.