It is estimated that around 116,000 farmers and some 35,000 hectares of cropland have been affected 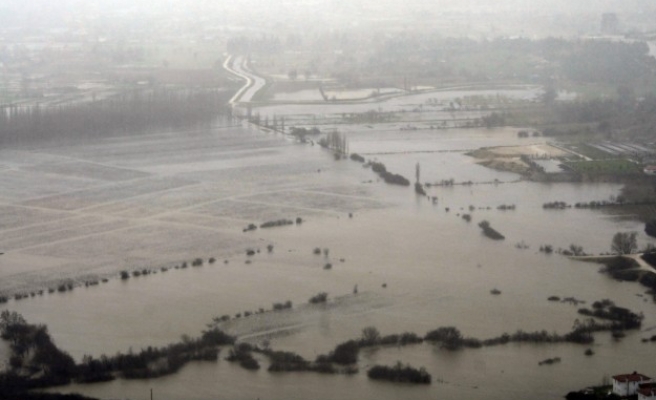 World Bulletin / News Desk
Malawian President Peter Mutharika asserted on Tuesday that his government was seeking $81 million to support those affected by a recent spate of devastating floods.

"The recent floods have caused a lot of damage and will bring many negative socio-economic effects to the Malawian economy," Mutharika said in a State of the Nation address.

"The growth for the country is largely driven by the agriculture, manufacturing, electricity, water and mining sectors, among others," he noted.

"These have been adversely affected by the floods, to the extent that the country is likely to achieve economic growth lower than the 5.8 percent projected earlier for 2015," said Mutharika.

Malawi's Department of Surveys estimated that, as of Jan. 13, 63,531 hectares of land had been inundated by floodwater.

Typical rural households in Malawi rely on the sale of agricultural produce and livestock.

Mutharika said the loss of these assets had aggravated national food security.

"In this respect, the floods will have a huge impact on household food security during the 2015/16 consumption season," he said.

So far, 176 people have been killed by the flooding, while some 200,000 others have been displaced.

A total of 415 schools have been affected, with 234 having been damaged and 181 being used as relocation sites for the displaced.

Mutharika noted that nearly 200,000 students were unable to attend school as a result of the crisis.

He added that most health centers in flood-prone areas had been damaged or lacked the personnel and supplies to cope with the needs of displaced populations.

Two weeks ago, the government declared 15 flood-affected districts to be "disaster zones."

Mutharika said his government had already disbursed $1 million from a national disaster fund.

He added that the UN had released about $140,000 that was being used to strengthen operations and coordination capacities at the district level.

"Our main focus now will be on the provision of health services, water and sanitation, shelter, protection, food, agriculture, nutrition, education and transport," Mutharika said.

In terms of a long-term response, the president said the government was finalizing a new national disaster management policy that would guide the government and other stakeholders on the implementation of programs and activities.

He said the policy was aimed at addressing disaster threats and reducing the impact of disasters in local communities.