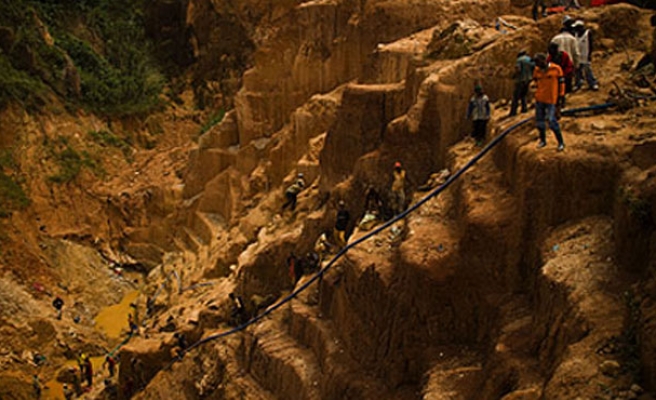 The government of Malawi is reviewing its mining legislation with a view to curbing unregulated mining activity that has wrought chaos on the industry.

"Currently, it is so difficult to stop illegal mining, as the current law is outdated," Energy Minister Atupele Muluzi told The Anadolu Agency on Monday.

He said the government would soon submit a new mining bill to parliament for endorsement and ratification.

"All illegal activities will be mainstreamed and incorporated into legal mining, where the government will have the powers to help these people form cooperatives so that mining can take place in a group," he explained.

"This will have several advantages, as the new law will empower communities. Registered groups will be trained in mining; they will be taught how to negotiate prices for their precious stones; and they will also be supplied with equipment, health and safety gear," said Muluzi.

The minister expects the bill to come into effect by June.

"The draft act is ready. Government will from next week be meeting stakeholders in the mining sector to sensitize them about the reviewed act," he told AA.

"We have about six months. We are taking our time, because we do not want to rush to have it enacted," said the minister.

"We want to have full consultations so the reviewed law benefits Malawians," he added. "But it should also be investor-friendly."

According to the country's current laws, every mineral found in Malawi belongs to the president.

Any mining activity – be it small or large scale – is deemed illegal if not sanctioned by the president through the Ministry of Natural Resources, Energy and Mining.

There are still no legal penalties, however, for those found mining gold, garnet or other precious metals in the country.

Unregulated mines have sprouted up across Malawi at an unprecedented rate.

In many cases, illegal mining activities lead to deaths.

In the latest such incident, three people were killed last December at a garnet mine in Salima in central Malawi.

The three were buried alive when the mine caved in on them.

"We have told people to stop mining from those pits to avoid more deaths," Muluzi told AA. "All we can do is enforce an order for people to stop illegal activities."

"But enforcement is not possible in a country like ours, where precious stones are found in people's farms and gardens," he noted.

Officials from his ministry have since toured the Salima mine, where they met with the local chiefs, district council officials and police.

"The problem is these people have no expertise in mining, so it is very dangerous for them," he explained.

"We, therefore, are planning to ask them not to continue with the mining process," Botolo added.

"We will have to be cautious about implementation of the order [to sop mining], as there's a need to revisit the Mining Act before meting out punishments," he contended.

According to Botolo, mining has become a main source of income for many people across the country.

Mining companies operating in the country tend to get away with unscrupulous activities due to an archaic mining law, according to Citizens for Justice, a local NGO.

Reinford Mwangonde, the group's executive director, says the country's mining law (the Mines and Minerals Act of 1981) allows players in the mining, oil and gas field to carry out dishonest activities with impunity.

The act, he said, vests considerable power in the president and the minister responsible for mines – without providing any checks or balances.

"Section 2 (1) (1) of the act states that entire property in, and control over, minerals in land in Malawi are vested in the president on behalf of the people of Malawi, but without prejudice to the exercise of any right under or pursuant to this act," Mwangonde told AA.

"As it stands, the act gives a lot of power and ownership of minerals to the president and enormous discretional powers to the minister of mines to act on mining without a board or commission authority," he fumed.

Mwangonde said the act did not speak to current challenges, asserting that the legislation was inconsistent with the other policy and legal instruments that regulate the mining industry.

"There are serious discrepancies between the Mining Act and the Petroleum Exploration and Production Act," he insisted.

"These instruments should be aligned if the country is to benefit from mining ventures," insisted the activist.

Mwangonde called for the swift amendment of the act with a view to preempting corruption in the industry.

Activists want parliament to establish a mining development commission, the functions of which would include granting, renewing and revoking mining licenses; regulating mining agreements; setting requisite investment targets; and monitoring compliance with policies and legislation.