On 6th July, 1964 Malawi got its independence from Britain, signaling a new era for Malawi. 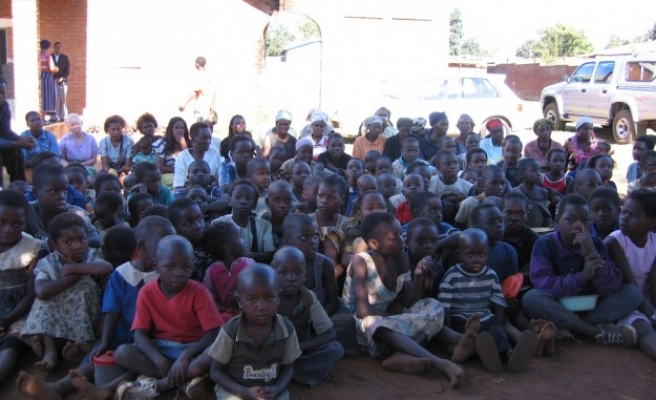 Malawi on Sunday celebrated 50 years of independence and 20 years of democracy at a ceremony attended by Zimbabwean President Robert Mugabe.

Amid jubilant shouts and claps, Malawi’s newly-elected President Peter Mutharika lit a jubilee torch atop a large clay pot emblazoned with the 'Malawi at 50' logo.

In his speech, Mutharika urged Malawians to remain united and work hard to develop the nation, touting the country’s political and democratic governance as a sign of progress in the past 50 years.

"On 6th July, 1964 Malawi got its independence from Britain, signaling a new era for Malawi. This is an important day for all Malawians because we are celebrating that we have not only attained 50 years of independence but also 50 years of peace, stability, progress and prosperity," he said in his speech.

"It is a day when, as a nation, we are reflecting on how we have performed over the past 50 years and how we would like to move forward together in the next 50 years and beyond," he added.

Mutharika asserted that Malawians should celebrate the achievements made by the successive governments in the past 50 years.

Mutharika said standards of living have increased remarkably, and there has also been a notable drop in inequality.

In terms of human development, using Millennium Development Goal (MDG) indicators, Malawi ranks among the top 20 performers, in relation to both absolute and relative progress.

In his speech, the Malawian leader asserted that he is the president for all Malawians and asked them to remain united. "It doesn’t matter what percentage I got [in last election]. I hope to be president for everybody. We need to be united," Mutharika said.

Sunday's event was a celebration of the country’s independence from Britain’s colonial rule attained on July 6, 1964.

Hundreds of Malawians thronged the Civo Stadium in the capital Lilongwe to attend the ceremony and many were seen watching the proceedings from a dangerous vantage point of the malfunctioning floodlight stand.

Foreign envoys including Britain’s High Commissioner Michael Nevin and Norway’s Asbjorn Eidhammer were some of the dignitaries that attended the event.

Tanzania sent its Vice-President Mohammed Gharib Bilal while Mozambique dispatched Prime Minister Alberto Vaquina. Zimbabwe’s President Robert Mugabe was the only head of state to show up at the celebration.

Mutharika concluded by confirming his government’s commitment to work with and for all people of Malawi, regardless of their geographical regions, origin, race, creed or color.

"While we know that much remains to be done, I believe our vision is within reach. Just as we have shown in the past that meaningful change can be achieved, that trust in government can be restored and that by treading the straight path to progress together we can overturn decades of neglect and mis-governance, I know that working together we can collectively achieve our shared inspirations for our nation," Mutharika said.