Mutharika, Vice-President Saulos Chilima and his 20 cabinet ministers as well as lawmakers have all seen their pay go up by hefty percentages 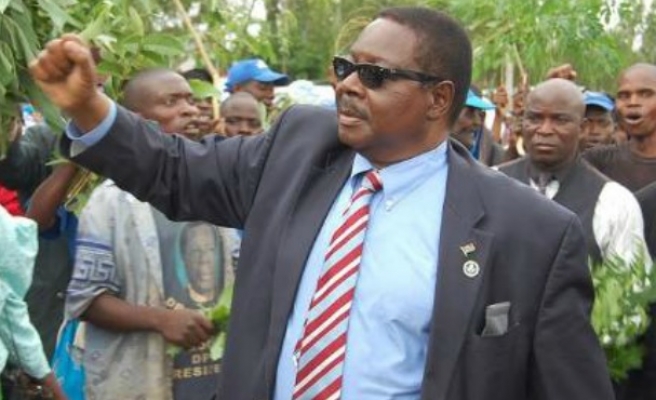 Malawi President Peter Mutharika has raised his salary by 80 percent, a government spokesman has said.

Kondwani Nankhumwa told the local Weekend Nation newspaper that the pay raise, which goes into effect as of October 1, is in line with the 2014/2015 budget.

"When presenting the budget, government had projections, and this is exactly why the salaries have been hiked," Nankhumwa, who is also Information Minister, said.

According to the daily, Mutharika, Vice-President Saulos Chilima and his 20 cabinet ministers as well as lawmakers have all seen their pay go up by hefty percentages.

The hikes come despite a denial by Mutharika in August that he planned to review his salary because of the country's economic crisis.

The pay rise is expected to send shockwaves across Malawi as the southern African country is yet to recover from a financial crisis triggered by the theft of about $100 million by government top officials and civil servants from government coffers in a scandal dubbed Cashgate.

The Cashgate scandal has prompted donors to withhold aid totaling $150 million, which accounts for over 40 percent of Malawi's total national budget.

The IMF program for Malawi's economic recovery is also off-track because of the scandal.

Malawi has been recently rocked by a series of protests over shortage of water and high cost of living.

The Judicial system is currently in a lockdown following a strike that has entered its fourth week unresolved.

Asked whether the pay raises could fuel all striking staff in the country, Nankhumwa said the government is still in discussion with them to meet their demands.

"We are trying to harmonize the salaries of all civil servants," he said.

Acting Clerk of Parliament Roosevelt Gondwe, for his part, confirmed to Anadolu Agency that the new salary structure for MPs was indeed affected from October 1.

In August, the Malawian President rejected proposed pay for ministers from $1,500 to $9,000 per month.