A year after being elected as the only female Muslim MP in the Malawi national assembly, Aisha Mambo has vowed to help other Muslim women take a seat in parliament 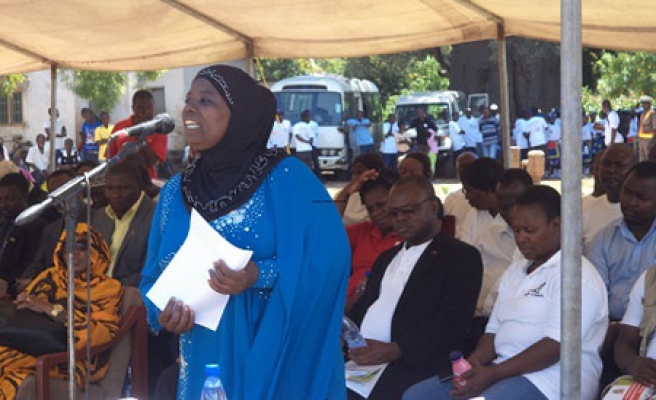 Aisha Mambo has vowed to use her new role to advocate for a larger representation of Muslim women in the sub-Saharan country of Malawi, a year after she was elected as the first female Muslim MP in parliament according to an article in onislam.net.

“All along, I have always aspired to become a parliamentarian. Therefore, to make it to the National Assembly was a dream come a true for me," Mambo told OnIslam.net.

"I have always wanted to be among those people who make laws of the country, that I should be able to advocate for laws which are women-friendly and at the same time to help and empower fellow Muslim women through the laws which are made there,” she added.

Her first goal of winning a seat was realised in June 2014 in the district of Mangochi Mkungulu. Previously a journalist for Radio Islam, Mambo was amonsg 20 other Muslims who made it to the National Assembly.

“I went to parliament with a mission to emancipate fellow women from the palms of poverty and backwardness. It pains me to see that after 51 years of independence, the number of Muslim women actively participating in politics is very low," Mambo said.

"I came here to advocate for laws which could help to reverse this trend where possible, so that Women could be fully empowered to stand up and lead among men," she added.

The 40-year-old legislator observed that some of the major obstacles holding back Muslim women from actively participating in politics included lack of education and prevailing poverty levels.

"Due to cultural factors, most Muslim women have not attained basic education. This has made it difficult for them to participate in politics, and at the same time, a lot of women in the Muslim Communities are not fully empowered economically to stand on their own and try their luck in politics. Politics requires a lot of money, therefore most of them cannot dare to engage themselves in it," she said.

The Mangochi Mkungulu district lies in the Muslim dominated region of the south, the parliamentarian who wears the Muslim head covering called hijab, observed that some sectors in Muslim community in the country used religion and culture to prevent women from taking part in politics and assuming leadership roles.

“But this is wrong. In religious activities, we can’t lead, but in politics, we can lead. There is nothing to stop us from assuming leadership roles. We have to lead and fight against societal challenges which are affecting our development in various aspects,” she said.

“During my meetings with people, including traditional leaders, I’m educating them to realize that there should be a line dividing politics and religion. Some men are hiding behind religion to bar women from leadership roles. I am therefore reaching out to them with this message. Time has come that we need to try our luck in leadership and governance.

“The Muslim community has accepted me and embraced me as a role model who can help change mindset and break the cultural barriers. I have taken advantage of this responsibility to reach out various groups of people to encourage women to come forward and lead.

”Of course, there is resistance in some circles, but slowly we’ll be able to get there. I am sensitizing girls on the need to get good education and aim high in life," she stressed.

Having said, that she also explained that a good education while sufficient, the stereotyping women politicians are subjected to was another battle that had to be overcome.

“Women politicians in Malawi are associated with all sorts of bad things and are called names like prostitutes. This has discouraged some women with sound education from becoming politicians. This is a challenge that we have to fight against if our societies are to attain any meaningful development," Mambo said.

"[The] time has come that we should be given a chance to lead in society. There is nothing forbidden about women becoming politicians. Some men are busy scheming to make the political landscape hard for a Muslim woman. We are being perceived as second class citizens."

Outlining her time in the National Assembly, Mambo said she had been accorded the much needed support.

"It's pleasing to note that I have been able to settle down. I’m getting necessary support from both male and female legislators. The onus is on me to prove to men that I have what it takes to deliver," she said.