Mali's vast desert north - called Azawad by the Tuareg rebels - has risen up four times in the last five decades, with various groups fighting for independence or a form of self-rule 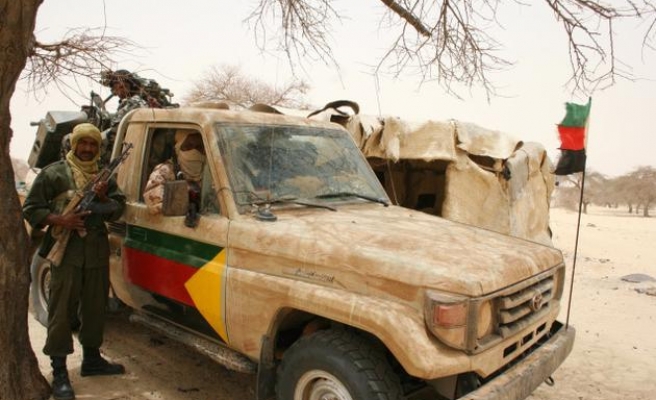 A third round of talks between the Malian government and mostly Tuareg rebel groups, held in Algiers, broke up on Thursday without an agreement, officials for both sides said, although mediators remained optimistic about a future deal.

Mali's vast desert north - called Azawad by the Tuareg rebels - has risen up four times in the last five decades, with various groups fighting for independence or a form of self-rule from the government in the south.

"The negotiations are suspended without a preliminary agreement," said Cherif Kanoute, spokesman for Mali's foreign ministry, without elaborating on the reason for the failure.

Moussa Ag Assarid, a spokesman for Azawad groups, confirmed via telephone from Algiers that the talks had ended, adding that another meeting was provisionally planned for January.

The two sides signed a roadmap for negotiations in July that they hoped would lead to a final peace deal. However, no date was set for that conclusive agreement.

Ag Assarid said the main sticking point was that the Bamako government was not willing to go far enough on discussing greater autonomy for the north.

"The negotiations have ended because the head of the government delegation says he does not have a mandate to talk about anything beyond decentralisation," he said.

A statement sent out on behalf of a team of mediators expressed optimism about the next round of talks.

"Mediators noted with satisfaction significant progress made in identifying the difficulties to be overcome. Mediators remain ready to assist the parties to find the appropriate compromises," said the statement. It was sent on behalf of a group of mediators that included Algeria, the U.N. peacekeeping mission MINUSMA and the African Union.

On Tuesday, two soldiers died and nine were injured when a government minister's convoy hit a mine in northern Mali. On Saturday, suspected fighters kidnapped 10 children.

Officially, the rebels participating in the Algiers talks have split with their former allies, but a French general in the military "Operation Barkhane" said last month he suspected ties remain.

Separately on Thursday, around 30 Chadian soldiers stationed in Mali's north left their base, a MINUSMA official said. Chad's government has previously accused MINUSMA of neglecting its force there.