Talks between armed groups and former rebels have signed a peace agreement. 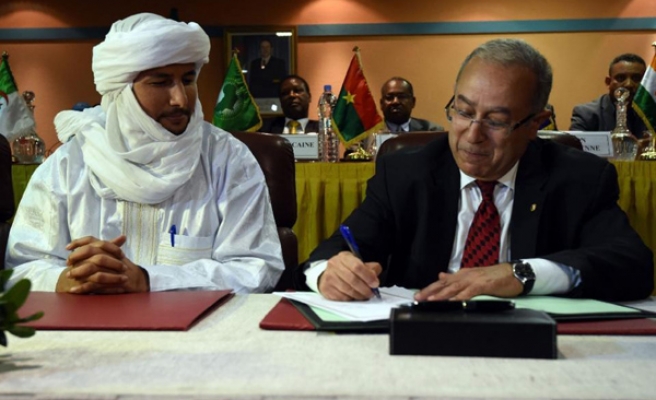 Mali was hit by violence between the two sides in August and September despite a peace deal signed earlier this year.

But armed groups still represent the main threat in the region, carrying out regular attacks and laying mines.

Officials from the Tuareg-led Coordination of Movements of Azawad (CMA) and the Platform, a coalition of pro-government groups, told AFP they reached agreement on a "pact of honour" after nearly three weeks of talks in Anefis, 100 kilometres (60 miles) southwest of the regional capital Kidal.

"We have held direct negotiations between us. We finished the meeting this evening (Thursday), everyone has made peace, starting with us, the Platform and the CMA," said Kidal member of parliament Ahmoudene Ag Iknass, a Platform supporter.

"The war is behind us. The Platform and the CMA have made peace, but other tribes or groups that had problems between themselves also made peace," Boubacar Ould Hamadi of the CMA said.

The two sides had fought for control of Anefis in violation of the peace agreement they had signed -- in May for the Platform and June for the CMA.

In a statement released Thursday, the UN peacekeeping mission in Mali (MINUSMA) welcomed "the series of meetings held in Anefis, from October 4 to 14, 2015, as part of a direct and constructive dialogue" between the two sides.

MINUSMA said it was encouraged by "the development which constitutes a qualitative step in the process of inter-Malian peace."

"This advance adds to the progress that has been made since the completion of the signing of the agreement for peace and national reconciliation in Mali, reaffirming the resolute march towards a lasting and inclusive peace," it said.