Mali army back in Tuareg town under peace pact

Mali's army re-entered the Tuareg rebel stronghold of Kidal on Friday, touching off protests by some residents, after a peace agreement was reached between the government and insurgents last month. 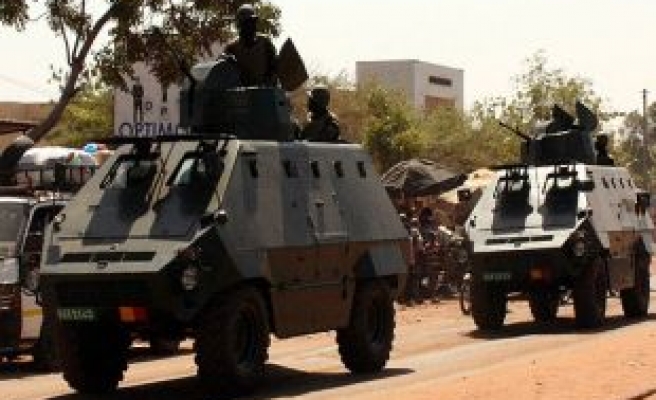 Mali's army re-entered the Tuareg rebel stronghold of Kidal on Friday, touching off protests by some residents, after a peace agreement was reached between the government and insurgents last month.

Inhabitants of the remote northern desert town said some 200 Malian soldiers aboard 20 pick-up trucks arrived at Kidal's military camp. Supporters of the MNLA rebels gathered to protest outside the base, where scuffles broke out with locals who supported the return of Malian troops, residents said.

The West African country's interim government wants its administration reinstated before a July 28 presidential election that is meant to complete a democratic transition after a March 2012 military coup.

The Tuaregs seized control of Kidal after a French military offensive in January.

Under the peace pact, the rebels remain in Kidal but were required as of Friday to return to their barracks under the supervision of U.N. peacekeepers, carrying no more arms in public and dismantling all roadblocks.

Another army spokesman, Modibo Naman Traore, said the initial contingent, which he said numbered around 150 men, would soon be followed by a larger detachment of soldiers.

Residents said that soldiers from Benin, stationed in Kidal as part of a U.N. peacekeeping mission which began this month, arrived at the Kidal camp to calm the protests. France also has soldiers stationed in the town.

Mali's interim government signed a peace deal with representatives of the Tuaregs in Ouagadougou, the capital of Burkina Faso, in mid-June, paving the way for national elections to take place at the end of this month.