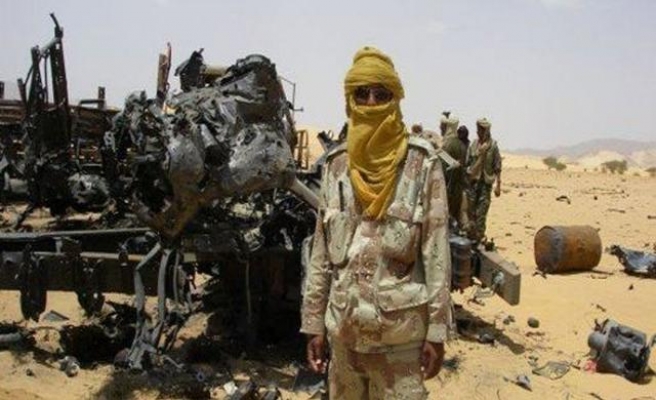 Mali's government freed 23 rebel prisoners on Wednesday under terms of a June ceasefire deal in an effort to revive a stalled peace process after Tuareg separatists pulled out last week.

Violence has flared in northern Mali since the MNLA rebel group abandoned the ceasefire on Thursday. A grenade attack that wounded two soldiers in the Tuareg stronghold of Kidal on Friday was followed by two days of clashes which began on Sunday.

Justice Minister Ali Bathily said the government hoped the release of the rebel prisoners would help calm the situation. Prosecutors ordered the arrest this year of dozens of Tuareg and Islamist insurgents who seized the north of Mali last year.

A French-led military operation launched in January killed hundreds of fighters but allowed the MNLA to remain in the town of Kidal, saying their revolt was a domestic political issue.

France now aims to wind down its troop presence to 1,000 by year-end.

"With the aim of bringing peace, we have released these prisoners," Bathily said at a ceremony in Bamako. "They will not be pursued for crimes against humanity or war crimes."

The government had already freed 32 prisoners under the truce accord, whicb was signed inOuagadougou, the capital of neighbouring Burkina Faso.

Albert Koenders, head of the 12,600-strong U.N. peacekeeping mission in Mali, urged both sides to return to the negotiating table.

"The liberation of this group of prisoners, it's an important step ... It should be followed, of course, by other measures to restore confidence and restart talks," he said, calling for rebel forces to return to barracks and disarm.

Mohamed Ag Intallah, the Tuareg clan chieftain of Kidal who attended the ceremony, called on the new government of President Ibrahim Boubacar Keita to do more to honour its commitments under the Ouagadougou accord.

"This is a big step but much remains to be done because the most important prisoners are not the ones here," he said. "I am waiting for the freeing of those people."