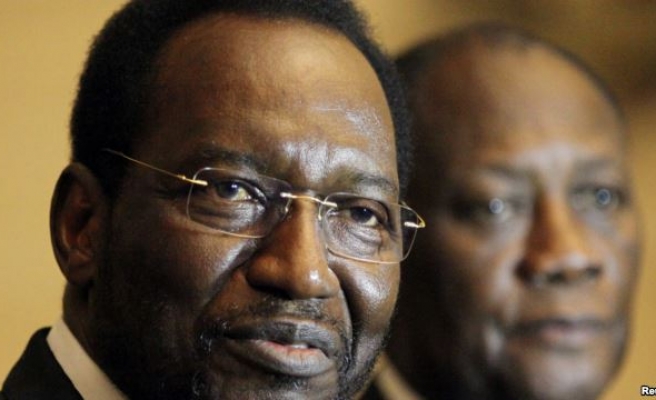 Mali's interim President Dioncounda Traore has met for the first time with members of two northern Tuareg separatist groups, provoking anger among many in the country's south as ethnic tensions rise ahead of a presidential poll on Sunday.

A French-led offensive earlier this year routed and scattered the fighters, though sporadic attacks continue.

The Tuareg rebels, who were sidelined by the better-armed Islamists early on in the 10-month occupation, last month agreed to take their fighters off the streets in exchange for a promise of negotiations with the new government after the elections.

"We spoke of peace and reconciliation," Ibrahim Ag Mohamed Assale, head of external relations for the Tuareg MNLA rebels, said following the closed-door meeting at the presidential residence late on Sunday.

Representatives of the MNLA and its ally, the High Council for the Unity of Azawad, had been due to meet with military officials on Monday to review progress in implementing the preliminary peace deal signed in neighbouring Burkina Faso.

But many in the capital Bamako viewed the unannounced visit with the president, during which Traore broke the Muslim holy month of Ramadan's traditional daytime fast with the Tuareg leaders, as an affront.

"Dioncounda may forgive them, but the people will not," said Bamako resident Youssouf Toure.

Light-skinned Tuaregs have been blamed for attacks on black Malians in the northern city of Kidal and for the abduction of four election workers and a deputy mayor in another northern town last week.

Two of the Tuareg delegation are named in arrest warrants for alleged crimes committed during the occupation of the north.

"If the Malian justice ministry is searching for a presumed criminal, the president must use all means to deliver him (to the courts) not welcome them with a cup of tea in front of the cameras," another resident of the capital Boubacar Mamadou said.