A copy of the agreement showed that around 30 sites across northern Mali would be chosen including Lere, Kidal, Gao and Timbuktu. 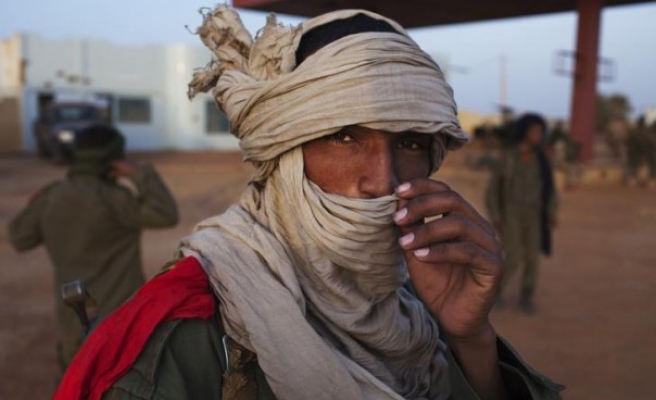 Malian rebels agreed on Tuesday to confine members of their armed groups to barracks in U.N.-led preliminary talks in the capital, according to sources who attended and a copy of the agreement seen by Reuters.

The long-delayed meeting in the southern capital Bamako is a step in a series of negotiations designed to bring an end to recurrent Tuareg revolts in the West African country's desert north.

"It's a road map for confining the armed groups with a precise timetable," said M. Ould Mataly, a member of the Arab Mouvement of Azawad (MAA) who attended the talks.

A copy of the agreement seen by Reuters showed that around 30 sites across northern Mali would be chosen including Lere, Kidal, Gao and Timbuktu.

"MINUSMA is satisfied with this ongoing commitment and with the results obtained today and reaffirms its commitments to help the consultations until formal agreements are concluded between the parties concerned," the U.N.'s peacekeeping mission for Mali said in a statement.

The rebels had agreed in a previous accord last June in Ouagadougou, Burkina Faso, to confine their fighters in barracks ahead of elections, but this was not fully adhered to.

The preliminary talks, attended by Tuareg and Arab rebel groups as well as politicians, diplomats, U.N. peacekeepers and civil society groups, are designed to create a reconciliation forum between the various groups and the Bamako government.

One challenge for the Malian government will be finding sufficient funding for the sites, most of which have yet to be built.

"The groups signing this draw the attention of the international community to the risks of a failure to the process of confinement because of insufficient means," a late addition to the document said.

Participants said the two-day talks on the confinement of fighters were punctured by occasional disputes.

In a sign of tensions, shortly after the end of Monday's session, one rebel yelled at another across the hotel lobby, according to a Reuters witness.

"You are here in a quest for money. You are sucking the blood of our brothers," jabbing his finger in the direction of a man wearing a turban and desert robes.