Protests in Dhiba started two days ago over taxes imposed on local traders, with residents demanding more opportunities and jobs 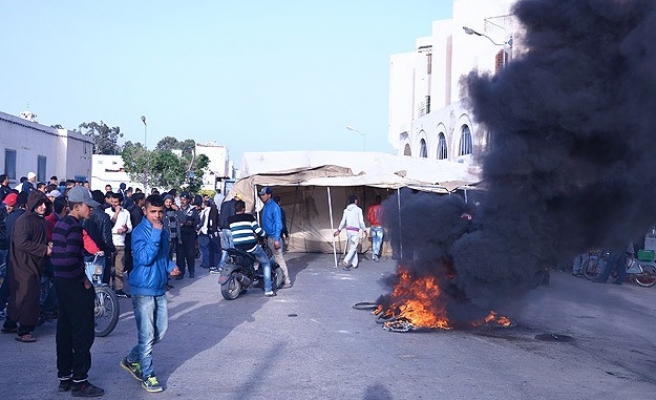 A man was shot dead on Sunday in clashes between demonstrators and security forces in the southern Tunisian town of Dhiba, near the border with Libya, during a protest over the economy, witnesses said.

Protests in Tunisia in 2010 sparked revolutions that transformed the Arab world, and while countries such as Libya and Syria have been torn apart by the violence, Tunisia itself avoided the worst of the chaos and remains relatively stable.

However, many Tunisians are still frustrated about the lack of growth, high unemployment and rising prices.

Protests in Dhiba started two days ago over taxes imposed on local traders, with residents demanding more opportunities and jobs.

Witnesses said police fired bullets and tear gas to disperse crowds who had burned a police station in the city.  "A youth was shot dead by security forces ... there are many others injured," said Kamal Abd-Ltif, a local union official. 

On Friday, a new coalition government that includes both secularists and the Ennadha party, took office. It faces a delicate balancing act. While international lenders want it to curb high public spending, including by cutting politically sensitive subsidies on basic foods and fuel, many Tunisians fret over living costs and the economic outlook.