Although the families have since been compensated, no one has ever been tried for the crimes owing to a 1993 amnesty law. 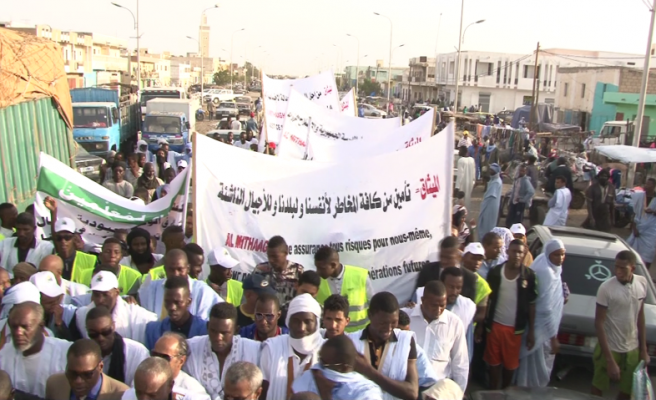 Five family members seeking justice for black Mauritanian soldiers executed in 1990 have been released after almost a week in detention for protesting at an independence day celebration, a security official and a rights group told AFP on Thursday.

The group appeared at an event attended by President Mohamed Ould Abdel Aziz last week to protest the events of November 28, 1990, when 28 black Mauritanian soldiers were hanged without charge or warning in the town of Inal after being accused of plotting a coup.

"They left the police station on Sunday morning and went home to Nouakchott the same day," a security official told AFP, adding the five detainees were released without charge.

Amnesty International said the five people had waved banners and handed out literature concerning extrajudicial killings committed between 1989 and 1991 which called for the opening of an enquiry into the crimes and eventual prosecutions.

An alleged coup organised by soldiers in 1990 led to the detention of thousands and the illegal execution of more than 500 -- almost all of them black, according to Human Rights Watch.

Mauritania's population is composed of Arab-Berber people and black Africans, the latter of whom suffer from historical discrimination and inequality, rights groups say.