Mauritania president to stand for reelection at June 21 poll

Abdel Aziz came to power in an army coup in 2008, won an election the next year and is a Western ally 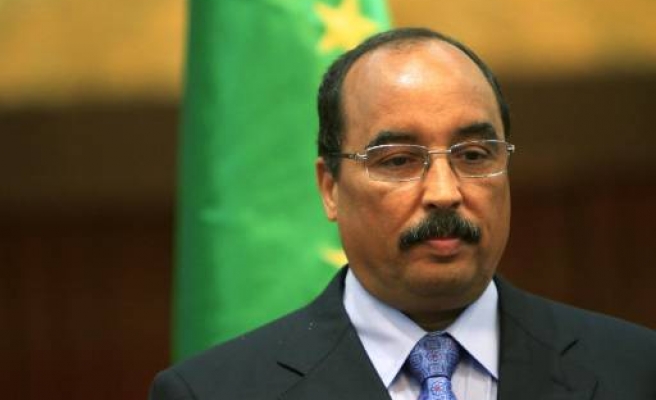 Mauritania's President Mohamed Ould Abdel Aziz handed in his papers on Thursday to stand for reelection in a vote on June 21 he is a strong favourite to win.

The constitutional court said in a statement he was the first candidate to do so.

Abdel Aziz came to power in an army coup in 2008, won an election the next year and is a Western ally in the impoverished and unstable Sahel region of West Africa.

Opposition parties say the electoral commission, which will oversee the poll, favours the president because its members are close to him.

Potential candidates have until May 8 to declare their intention to stand. So far, anti-slavery activist Biram Ould Abeid is the only one to do so, though he is yet to hand in his papers.

Ten opposition parties, including the main Rally of Democratic Forces (RFD) party led by Ahmed Ould Daddah, boycotted legislative elections in December and accused the government of rigging the poll which was won by the ruling Union for the Republic (UPR).