Brotherhood leader Mohamed al-Beltagi, currently detained on multiple charges has reiterated his commitment to what he called "principles and choices." 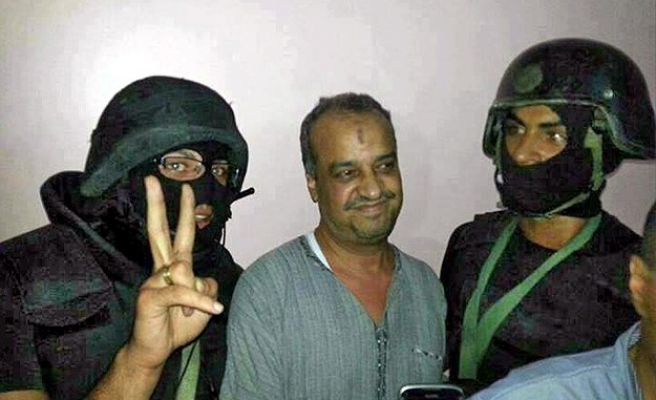 Senior Muslim Brotherhood leader Mohamed al-Beltagi, currently detained on multiple charges including "incitement to murder," has reiterated his commitment to what he called "principles and choices."

In a message posted Monday on his Facebook page, al-Beltagi said that "commitment to one's principles, stances and choices on the path of freedom are mightier than all threats and intimidation."

Al-Beltagi said he was being kept in "solitary confinement with doors closed for 24 hours, except for visits."

He described this as "unprecedented injustice, tyranny and suppression."

It was the fourth such message to be posted on his Facebook page since al-Beltagi's August 29 arrest.

It is not clear who administers the Facebook page or how al-Beltagi has been able to post the online messages.

Al-Beltagi's son, Anas, told Anadolu Agency that his father was "under psychological pressures and harassment to dampen his morale and force him to surrender to the accusations leveled against him and accept the [July 3] military coup as a fait accompli."

He said his father was being held in "solitary confinement cells originally designed for hardcore criminals."

He claimed his father, and others, were not being denied their right to congregational prayer or weekly Friday prayers.

"Despite all that, they are all defiant. They refuted all allegations leveled against them by the prosecutors and object to being questioned by the prosecutor inside jail, which indicates how the prosecution and the judiciary are not neutral," said Anas.