A MiG-23 fighter jet of Libya's government has been shot down while carrying out airstrikes against rebel positions in the coastal city of Benghazi. 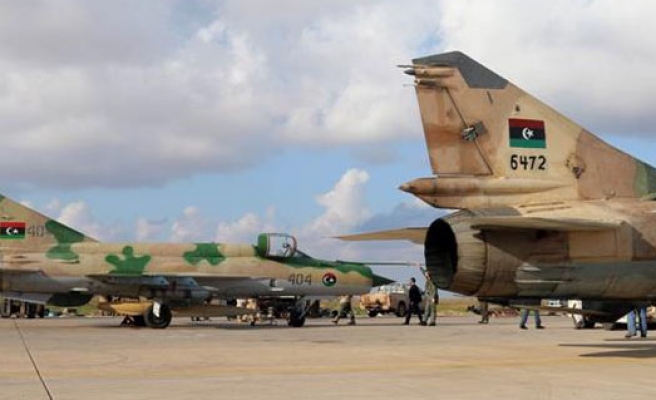 A MiG-23 fighter of Libya's internationally recognised government was shot down Friday as it carried out air strikes on opposition positions in the coastal city of Benghazi, the military said.

Nasser el-Hassi, spokesman for the government's forces, told AFP the plane was "shot down in Qaryunes, northwest Benghazi, as it bombed positions of the (Mujahedeen) Shura Council", a coalition of militias close to Al-Qaeda.

ISIL claimed its fighters downed the plane, according to SITE Intelligence Group, a US monitor of jihadist activity on the Internet.

A military source said the pilot survived having parachuted to safety, but his whereabouts were not immediately clear.

It was the second military air crash this week.

On Monday, another MiG-23 operated by forces loyal to Libya's recognised government crashed near the eastern city of Derna after attacking IS positions.

LANA news agency, which is close to the recognised government, blamed "technical problems" for the downing.

Before crashing, the fighter had carried out raids on ISIL positions around 15 kilometres (nine miles) from Derna.

Two administrations are vying for power in war-ravaged Libya, one based in the capital Tripoli backed by a coalition of militias, and the recognised government, exiled in the east.

In early January, another MiG 23 came down in Benghazi, the main city in the east.

Chaos engulfing Libya since the fall of dictator Moamer Kadhafi's regime in 2011 has fostered the rise of IS which has based itself in the former dictator's hometown of Sirte in eastern Libya.