The French citizen was kidnapped in Algeria, during the weekend, by a group, which claims to be affiliated with ISIL, said a statement issued by France's Foreign ministry. 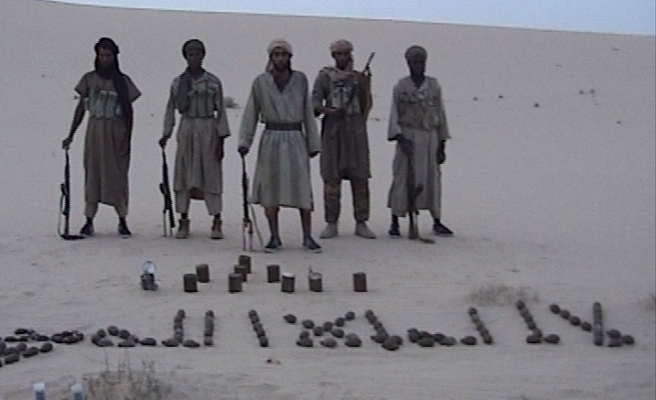 A group in Algeria, claiming to be affiliated with the ISIL, has threatened to execute a French national within 24 hours if French President Francois Hollande does not stop the military operations in Iraq against ISIL, according to French daily Le Parisien.

The "Jund al-Khilafa" group released a video on Monday showing a French national who was kidnapped in the northeast region of Kabylie in Algeria, which they have threatened to execute, French Daily Le Parisien reported on its website. The French Foreign Ministry confirmed the authenticity of the video on Monday evening.

The French hostage appears in the video flanked by two hooded men as he appeals to French President Francois Hollande to intervene to release him.

"Since yesterday -Sunday- I am in the hands of an Algerian armed group. This armed group asks me to make the request to you not to intervene in Iraq. They are holding me as a hostage. I urge you to do whatever is in your power to get me out of this mess. Thank you," says the French national addressing Hollande.

In the video, a man calling himself Hervé Gourdel says he is 55 years old and from the southern city of Nice. He also says he is a mountain guide and that he arrived in Algeria on September 20, 2014.

The mountainous Tizi Ouzou region is a known hideout for North Africa's al Qaeda branch. Last week, the Jund al-Khilafa group broke away from the al-Qaeda in the Islamic Maghreb (AQIM) and pledged allegiance to the ISIL.

Earlier in the day, the ministry had confirmed a French citizen had been kidnapped during the weekend, by a militant group in Tizi Ouzou in north central Algeria.

The Elysee assured a "total cooperation between Paris and Algiers on this issue in order to release the French hostage," reads the statement.

France's foreign minister, Laurent Fabius, said he had consulted with his Algerian counterpart.

"I can't hide it that the situation is "extremely critical," he told France info radio.

Fabius also tweeted that he asked "around 30 French embassies to invite French nationals to increase their vigilance against terrorist risks and to report to the nearest consulate."

Earlier on Monday, French Interior Minister Bernard Cazeneuve has responded to ISIL threats against the citizens of countries that have joined the coalition against the militant group.

"France has no fear. Their threat will not bring down our determination to end their violence," Cazeneuve said in a press conference Monday.

On Sunday, ISIL spokesman Abu Mohammed al-Adnani issued an online audio message, reported by French media, calling on the group’s supporters to kill the nationals of Western countries taking part in the U.S.-led coalition against the group in Iraq.

He said: "If you can kill a disbelieving American or European, especially the nasty and filthy French, or an Australian, or a Canadian... including the citizens of the countries that entered into a coalition against the ISIL, then rely upon Allah and kill him."

The recording was released in Arabic with transcripts in English, French and Hebrew.

On Friday, Cazeneuve sent a memo to police stations instructing them "to raise the level of vigilance of the internal security forces on sensitive buildings" including "religious, diplomatic and consular” sites, French daily Le Figaro reported.