Military 'coup' in Burkina Faso, president, PM to be released 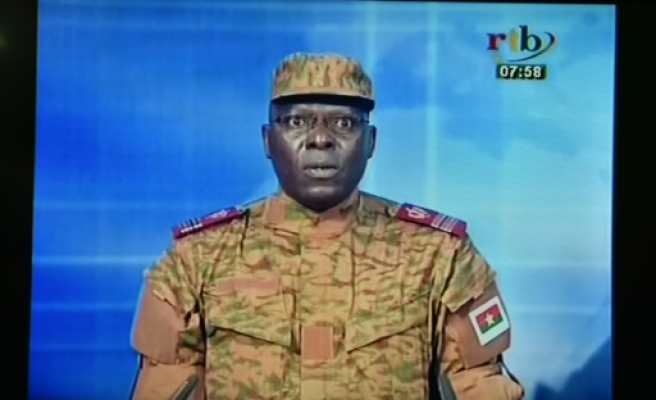 Members of Burkina Faso's presidential guard -- who have seized the president and government leaders -- announced Thursday they had "dissolved" the country's political institutions and vowed to organise "inclusive elections".

Lieutenant-Colonel Mamadou Bamba appeared on national television to declare a new "National Democratic Council" had put an end "to the deviant regime of transition" in the west African state and Burkina's interim president had been stripped of his powers.

"The National Transition Council has been... dissolved... Wide-ranging talks are being held to form a government... to lead to inclusive and peaceful elections," he added.

Interim parliament speaker Cheriff Sy told the French radio station RFI that what was happening was "clearly a coup" and called on the people to "immediately rise up" in response.

On Wednesday, members of the presidential guard who are loyal to ousted ex-leader Blaise Compaore burst into a cabinet meeting and seized President Michel Kafando, Prime Minister Isaac Zida and two ministers.

UN Secretary-General Ban Ki-moon and the European Union (EU) have condemned the leaders' detention and called for their immediate release.

later Thursday, the leader of the coup d'etat in Burkina Faso told a French magazine that the interim president and prime minister who have been arrested were in good health and would be released.

General Gilbert Diendere told the Jeune Afrique weekly that the coup had been launched by the presidential guard because of the "serious pre-election security situation" the country faced as it prepared for its first elections since longtime leader Blaise Compaore was overthrown last year.

Compaore was toppled in October 2014 and fled into exile in Ivory Coast after an uprising triggered by his attempt to extend his 27-year rule.