Commander of the Force Colonel Hassan Shakah has said that the proposed unity government does not reflect the spirit of the national reconciliation necessary for the success of the political agreement. 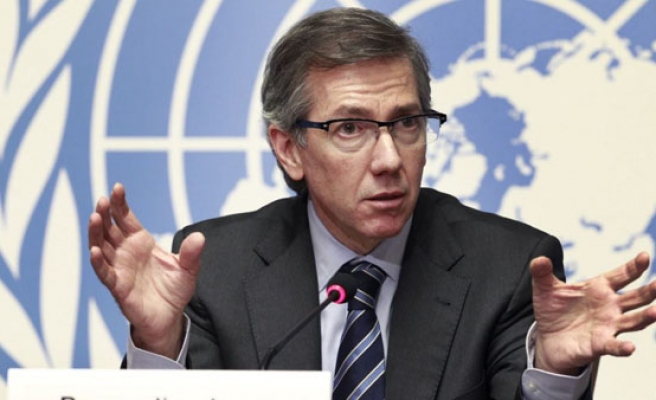 The Central Shield Force of Libya , the biggest military force in Misrata, has rejected Leon's proposed government, describing it as a trusteeship government according to a report in the Libyan Observer.

Commander of the Force Colonel Hassan Shakah confirmed in a statement that the dialogue is the only way out of the current crisis; however, the proposed unity government does not reflect the spirit of the national reconciliation necessary for the success of the political agreement.

"We support any dialogue outcomes that unite Libyans and lead to a consensus government that can preserve 17 February constants, without any foreign trusteeship." He said.

"Leon's government, which he described as consensual, is far away from consensus. It wasn't formed by consultation of Libyan people's representatives; it was dictated by foreign powers." He added.

Shakah indicated that imposing the government would only lead to foreign intervention which is totally rejected. He confirmed that his force will not be part of this government and they will not accept it.

Shakan also showedsupport for the GNC dialogue team and urged them to continue in the process of negotiations and political dialogue to include the constants and principles, which were approved by 97 GNC members, in the political agreement draft. An emergency sesssion  to take the appropriate decisions regarding Saturday's meeting of Gaddafi supporters in Atwailah district, south of Sabratha.

The Central Shield Force of Libya operates under the General Command of Libyan Army under the GNC.