An Algerian repatriated from the illegal U.S. military prison in Guantanamo Bay was resting at home, his family said. 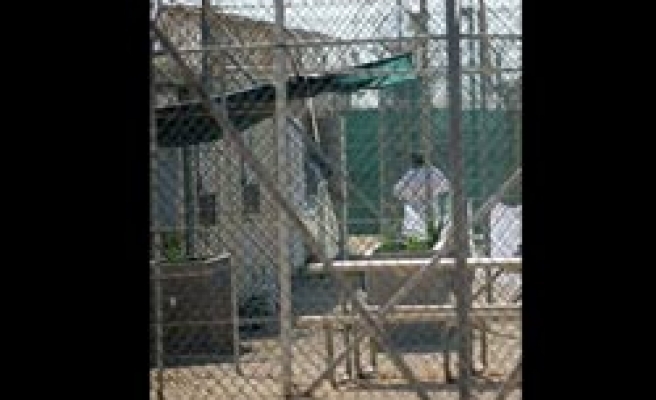 An Algerian repatriated from the U.S. military prison in Guantanamo Bay was resting at home on Monday, his family said, ending a week-long search for him that prompted rights groups to say he could be suffering abuse.

Uncertainty over the whereabouts of Abdul Aziz Naji had fuelled concerns of rights campaigners that U.S. President Barack Obama's push to close Guantanamo Bay was leaving former detainees at risk of mistreatment once they were sent home.

Naji, who had been held at Guantanamo since 2002, had told his lawyers he did not want to return to Algeria under any circumstances because he feared persecution.

"He is back home, tired, but he is free," his brother Hamza told Reuters by telephone from the town of Batna, 500 km (300 miles) east of the Algerian capital.

"He did not say that he had been abused during his detention," he said.

Earlier, Algerian justice officials said a judge on Sunday had ordered Naji's release after a period of detention -- which they said was completely lawful -- following his July 18 return from Guantanamo Bay to Algeria.

"Contrary to what has been falsely reported, this person's case has been dealt with in the most complete transparency and in respect for the law, whether in terms of procedure or the length of his detention," the Algiers prosecutor's office said in a statement.

The statement said Naji had been held in detention in Algeria in accordance with legislation allowing so-called terrorism suspects to be held for up to 12 days before appearing in court.

It said he was freed after appearing before a judge on Sunday who put him under judicial control -- which means he has to report regularly to police pending a decision on his case.

"He is at home in Batna," said a judicial source who did not want to be identified. "He just needs to go every week to the local police station to sign a form."

Obama has made a pledge to close down Guantanamo Bay, which has been condemned by civil liberties advocates since it was opened by the Bush administration in the wake of the Sept. 11, 2001 attacks on U.S. cities.

U.S. rights groups said last week they were worried because Naji's lawyers and family had been unable to locate him since his return. They said they believed he could be in secret detention in Algeria.