Somali's president was selected from among 22 candidates for a four-year term. 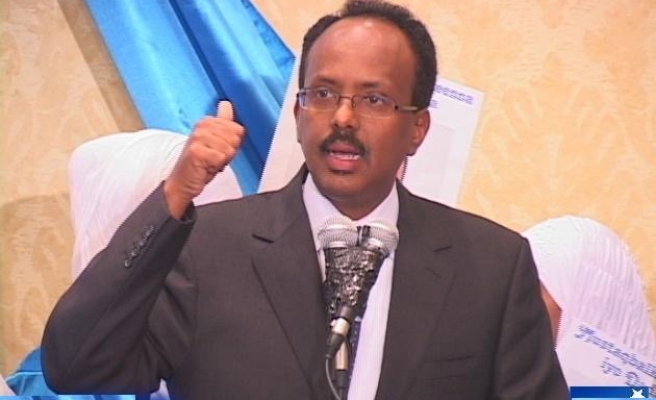 Some 328 lawmakers have elected Mohamed Abdullahi Farmajo as Somalia's president after five hours of voting Wednesday in the capital Mogadishu. Farmajo won in the second round with 184 votes, becoming the country's ninth president. Outgoing president Hassan Sheikh Mohamud, the second place candidate, received 97 votes. Members of the federal parliament met at a former air force base outside capital Mogadishu at 11 a.m. local time (0800GMT).

The venue was chosen to provide maximum security to the MPs. The swearing-in ceremony took place in same base after Hassan Sheikh Mohamud conceded defeat The threat posed to the democratic process, notably from al-Shabaab terrorists, was highlighted by a shooting at a village hotel in Puntland, northwest Ethoipia, on Wednesday. Police said six people were killed in al-Shabaab’s attack. On Tuesday evening, four mortar bombs exploded around Mogadishu. There were no casualties.

The president was selected from among 22 candidates for a four-year term. Among the contenders were current incumbent Hassan Sheikh Mohamud, 61, who was seeking a second term after being selected to lead Somalia’s first constitutional government for 20 years in 2012. Mohamud is credited with turning away from clan-based politics and supporting anti-corruption measures, reconciliation and economic reforms. Many of Somalia’s political elite, including 20 of the presidential candidates, hold foreign passports, leading to suspicion among some voters about their overseas ties and possible foreign influence in the country.

According to local media, Mohamed Abdullahi Farmajo is also a U.S. citizen.