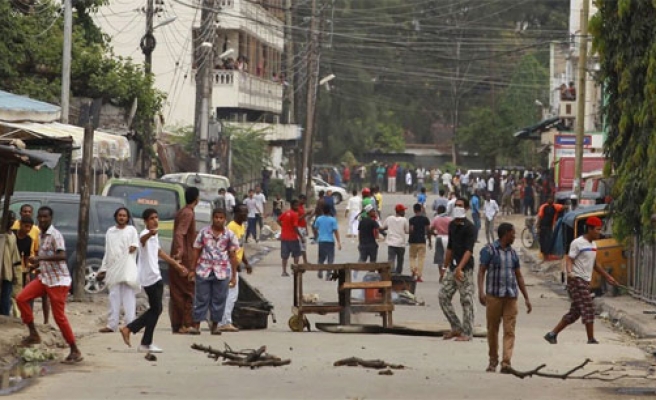 Muslim youths angry about a police raid on a mosque used by firebrand preachers in the Kenyan port city of Mombasa clashed with police for a second day on Monday.

Police fired tear gas and rubber bullets at the protesters who were hurling rocks and shouting "release our brothers" in reference to more than 100 people the police arrested after violent clashes in the same area on Sunday.

Kenyan police stormed the Masjid Mussa mosque in the city's run-down Majengo neighbourhood on Sunday. Two protesters were killed during the clashes on Sunday, two medical sources at a local hospital. A policeman was also critically wounded, a police source said.

Aboud Rogo, one of the mosque's most well-known preachers, was killed in 2012.