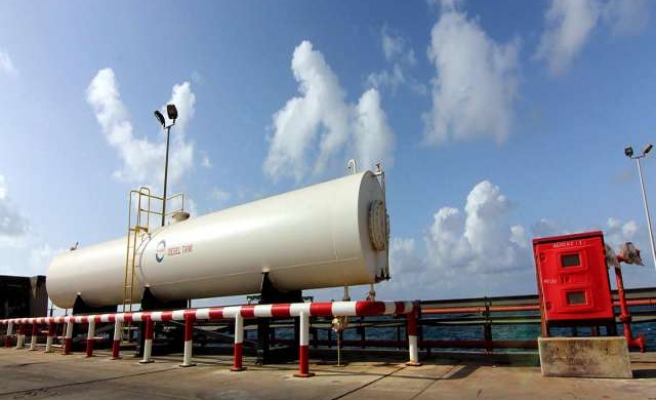 Libya's recognised government conducted air strikes against rival government forces trying to seize major oil ports in the east and against targets in the west on Monday, witnesses said.

Libya has had two governments and parliaments since a group called Libya Dawn seized the capital Tripoli in August. The recognised prime minister, Abdullah al-Thinni, was forced to withdraw to the east.

Both sides are allied to brigades which helped topple Muammar Gaddafi in 2011 and now vie for political power and a share of the vast oil reserves in a conflict Western powers fear might tear apart the North African country.

A force allied to the Tripoli-based rival government, who opponents say has links to Muslim Brotherhood, launched an offensive on Saturday to take eastern Libyan oil facilities.

Some 800 km (500 miles) to the west, an air strike also targeted the town of Zuwara near the border to Tunisia, witnesses said. But the rival government kept control of the main crossing in Ras Jdir.

A Reuters multimedia team visiting Ras Jdir saw troops allied to Libya Dawn guarding the station, which had briefly closed on Sunday after an air strike some six km away.

Thinni's government had said it controlled the crossing, an important lifeline for a country with few international air connections.

"Now the border is back to normal," said a border guard. Tunisian trucks were bringing in food, while Libyan motorists crossed in the other direction.

The United Nations said the escalating violence was an attempt by some to scuttle its peace talks, a new round of which had been due to start this week. The U.N. said it now hoped to convene them "soon".

"The Libyan oil belongs to the Libyan people and should not be manipulated by any group," the U.N. mission in Libya said.

On Sunday, state-run National Oil Corp shut down production at the Es Sider and nearby Ras Lanuf ports, whose fields had produced some 350,000 barrels a day, or more than half of the country's crude output.

European Union foreign ministers meeting in Brussels on Monday expressed strong support for U.N. efforts to end Libya's crisis and threatened unspecified "measures" if rival groups did not come to the negotiating table.