The clashes came as protesters tried to push further into territory held by government forces after extending their camp overnight. 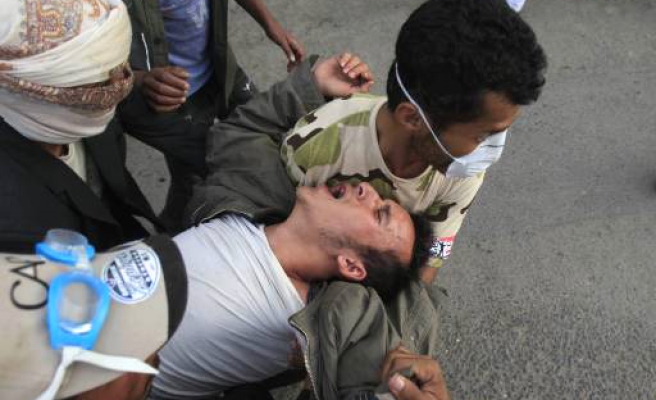 Yemeni troops fired into the air to disperse anti-government protesters on Monday and two people were killed, including a small child, and several others were rushed to hospital with gunshot wounds.

Violence re-erupted in the Yemeni capital after a weeks-long stalemate and clashes on Sunday in which 26 demonstrators were shot dead.

Injured people were brought on motorbikes to a makeshift hospital in Change Square where protesters have been camped for eight months seeking President Ali Abdullah Saleh's ouster.

One man was pronounced dead while several others had a variety of gunshot wounds, according to a Reuters witness.

"Help me, oh my God look at his slaughter!" said the father of a boy who died from a gunshot wound to the head.

"We were just in the car on Hayel Street (near the fighting). I stepped out to get some food and left my two boys in the car and I heard the older one scream. The little one was shot straight through the head."

The clashes came as protesters tried to push further into territory held by government forces after extending their camp overnight.