Yemen is host to the second-largest Somali refugee population, with nearly 192,000. 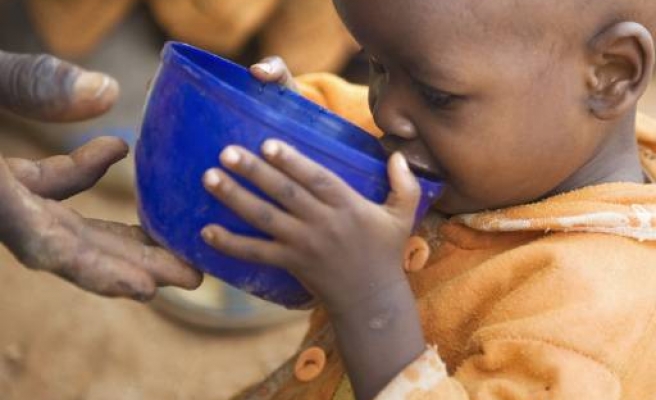 There has been a jump in the number of Somalis, hit by famine, instability and high food prices who are fleeing to Yemen instead of other countries in the drought-ridden Horn of Africa region, the U.N. refugee agency said.

Kenya, with nearly 498,000 Somali refugees, is the largest host country, and at one point 1,500 refugees a day were arriving at Kenya's sprawling, overcrowded Dadaab refugee camp near the border with Somalia.

"Recently, however, the pace of arrivals to the Dadaab refugee complex has slowed to 1,000-1,200 people per day," the UNHCR said in a briefing on Friday.

"Bucking the trend of the slowing outflow in the Horn of Africa, Yemen is seeing a sharp rise in the number of Somali refugees arriving on rickety boats across the Gulf of Aden," the agency said, adding that more than 3,700 refugees had reached Yemen's coast in August.

The drought has put some 12 million people at risk across Kenya, Ethiopia, Djibouti and Somalia, and the fact that Somali refugees are making the dangerous voyage to conflict-hit Yemen instead of staying on the continent, highlights their desperate situation.

Yemen is host to the second-largest Somali refugee population, with nearly 192,000. About 15,000 of those have arrived since in January, UNHCR said.

"They cross the Gulf of Aden on what are often unseaworthy and overcrowded boats. Many do not survive the dangerous crossing," UNHCR said.

The agency said it expected more refugees to arrive in Somalia over the next months, but thought they were waiting for calmer seas.

The route is also often used by migrants who pay smugglers to get them to Yemen, seen as a gateway to wealthier parts of the Middle East.

The UNHCR said there was a "significant drop" in the number of Somalis arriving in the capital, Mogadishu, hoping there will be more access to food aid there than in regions where al Shabaab militants are still restricting aid groups' operations.

"The average daily arrival rate in the city (Mogadishu) dropped from more than 1,000 per day last month to an estimated 200 in August," the UNHCR said.

Aid agencies estimate tens of thousands of children have already died because of the drought.

"We buried four children who died in the IDP camps of Kismayu, because they cannot reach other destinations," clan leader Yusuf Harun Ali told Reuters earlier this week.