The report quoted local residents as saying many more bodies were buried in the compound or in nearby warehouses and buildings. 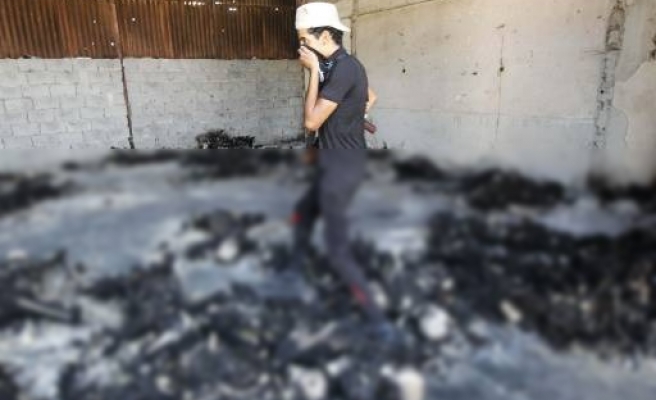 The charred remains of around 53 people have been found in a warehouse in the Libyan capital Tripoli, Britain's Sky News reported on Saturday.

Sky broadcast pictures of a heap of burned skeletons, still smouldering, in an agricultural warehouse in southern Tripoli, where the victims were apparently prisoners.

Witnesses believed the dead had been gunned down and set on fire by pro-Gaddafi forces on Aug. 23 and 24 as the veteran leader's rule collapsed in the face of a rebel advance, it added.

The network's correspondent, Stuart Ramsay, estimated there were 53 bodies and said local residents believed as many as 150 people may have been killed there.

Ramsay said it was unclear if they were soldiers or civilians.

One unidentified man told Sky he was a survivor, a former prisoner who had escaped.

"About 10 to 11 people tried to escape," he said, according to a local resident who translated his words. "They were trying to kill them even when they escaped."

"This place was for executing the people who are refusing to kill the other people, the civilian people," he said.

The report quoted local residents as saying many more bodies were buried in the compound or in nearby warehouses and buildings.

On Thursday, a British medical worker said a Tripoli hospital had received the bodies of 17 civilians believed to have been executed by government forces in Gaddafi's compound in the capital.