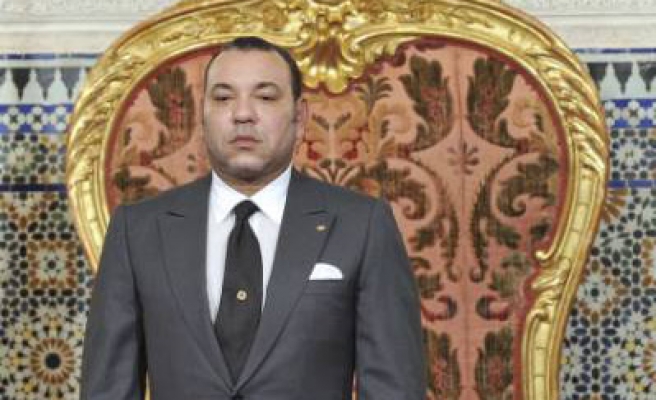 In a television address to mark the 12th anniversary of his reign, 47-year old King Mohammed did not mention the GCC invitation and said that Morocco "remains committed to building the Maghreb Union as a strategic choice".

Algeria, Libya, Mauritania, Morocco and Tunisia formed the Arab Maghreb Union in 1989 to emulate the European Union model of economic and political integration.

The project has never been implemented due mainly to differences between Algeria and Morocco -- its two most populous members -- over the disputed Western Sahara territory.

"We are determined to work ... to overcome the obstacles which unfortunately hinder the implementation of this project," King Mohammed said.

Morocco looks forward to starting "a new dynamic for the settlement of all pending issues as a prelude to a full normalisation of bilateral relations between our two brotherly countries, including the reopening of land borders," he said.

Unlike Algeria, Morocco has no gas or oil of its own. Economists estimate the closed land border costs Morocco about 2 percent of its Gross Domestic Product, mainly in potential tourist and trade flows.

Algeria shut the land border in 1994, when Morocco imposed visa requirements on Algerians following a shooting attack in the Moroccan city of Marrakesh. Morocco said it suspected the gunmen, who killed two Spaniards, had ties to Algeria.

Prickly relations have kept the frontier shut ever since, hampering trade flows across North Africa.

A series of high-level visits by Moroccan and Algerian officials in the past few months prompted local media, and some Western diplomats, to say the border could be reopened soon.

Algerian Prime Minister Ahmed Ouyahia said in May reopening the border was not on the agenda.

The porous border, which runs 1,559 km (970 miles) from the Mediterranean Sea to the Sahara desert, has been closed several times since 1962, when Algeria followed Morocco in winning independence from France.

The two countries are in dispute over the Western Sahara, a former Spanish colony which Morocco annexed in 1975. Algeria supports the Western Saharan independence movement Polisario, a stance that angers Morocco.