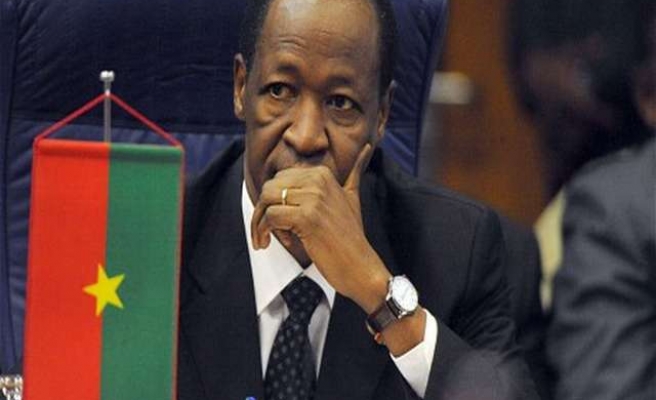 The Moroccan government confirmed on Friday that ousted Burkinabe president Blaise Compaore, who resigned last month following protests against his rule, arrived in the kingdom from Ivory Coast.

The Moroccan Foreign Ministry said that Compaore arrived with five escorts in the northern Casablanca city.

It added, in a letter addressed to newly-installed Burkinabe Interim President Michel Kafando, that Compaore and his escorts will temporarily stay in Morocco.

The letter, as reported by Morocco's official news agency, congratulated Kafando on behalf of Moroccan King Mohamed VI and reiterated support for his country's transitional phase.

An Ivorian security official told The Anadolu Agency a day earlier that Compaore had left Yamoussoukro, the administrative capital of Ivory Coast, to Morocco's Rabat after a brief stop in Abidjan.

Compaore was forced to step down after 27 years in power amid massive street protests against a proposed constitutional amendment that would have allowed him to seek another term in office.

Isaac Zida, who had been second-in-command in Compaore's presidential guard, was appointed new interim leader by the army after the ousted leader's departure.

The appointment, however, has drawn the ire of the country's opposition, which has stressed that Compaore left office as the result of popular pressure rather than a military coup.

Earlier this month, the army handed over power to a civilian-led transitional administration following pressure from the African Union.

Kafando, a former foreign minister, was chosen by a committee of 23 officials – most of whom are civilians – from among three nominees for the post. He later named Zida as an interim prime minister.