Prime Minister Abdelilah Benkirane told his party would hold a second round of talks with the centre-right liberal RNI party. 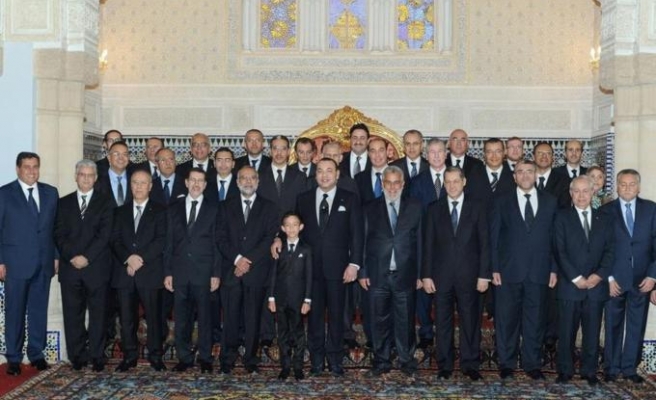 Morocco's ruling look set to form a new coalition government with aliberal party after their previous conservative partners walked out in a row centred on cuts to fuel and food subsidies.

Prime Minister Abdelilah Benkirane told Reuters his party would hold a second round of talks with the centre-right liberal RNI party on a power-sharing deal in the coming days.

Five ministers from the conservative Istiqlal party quit the coalition this month, arguing among other things that the senior partner, the Islamist Justice and Development party (PJD), was hurting the poor by reducing subsidies too fast.

"We have met most of the Moroccan political parties, and now we will start the second round, mostly with the RNI," Benkirane said in an interview late on Monday.

Benkirane's PJD has been in power since 2011 when Morocco adopted a new constitution proposed by King Mohamed and held legislative elections in a bid to appease Arab Spring-inspired protests.

Some analysts believe the palace, ill at ease with the Islamists' rise to power across the region since uprisings began in 2011, may have backed last week's defection by Istiqlal in order to weaken the PJD-led government.

Tensions between Islamists and their opponents have come to a head in fellow North African countriesEgypt, Tunisia and Libya, resulting in violent political upheaval in recent weeks, including the ousting ofEgypt's Islamist president by the military on July 3.

The National Rally of Independents, known by its French acronym RNI, is a party of liberals seen as close to the palace and has the third-largest number of seats in parliament after the PJD and Istiqlal.

But the RNI could be a controversial choice for Benkirane because its leader, former finance ministerSalaheddine Mezouar, was embroiled in a corruption scandal.

Last year, the justice minister ordered a judicial investigation after two whistleblowers from the finance ministry leaked documents accusing Mezouar and the head of the national treasury, Noureddine Bensouda, of awarding each other monthly bonuses of more than 70,000 dirhams ($8,300).

The probe against the two was closed in June without explanation, although Morocco's state prosecutor later sent a letter to an anti-corruption NGO saying the bonuses were legal.

The two whistleblowers have since been charged with divulging secret documents.

Benkirane declined to say whether Mezouar would be appointed to any position in a coalition, or to comment on whether a power-sharing deal with the RNI would harm the reputation of his PJD party, which won the elections on an anti-corruption ticket.

But a high-ranking PJD member told Reuters Mezouar could be given a post in a new government or a senior post in parliament.

"Mezouar could be appointed somewhere as we can clearly understand from the prime minister's words that he is unavoidable," the party official said, declining to be named because he is not authorised to speak to the media.

"But he would not get the finance ministry," he said, adding that the portfolio would likely be combined with that of PJD member Idriss Azami al-Idrissi, who heads Morocco's budget ministry.

It is uncertain whether the RNI or other potential coalition partners will accept the PJD's controversial plan to reform subsidies.

Morocco defused the Arab Spring-style protests in 2011 with a combination of social spending, harsh policing and constitutional reforms.

Last year, the government agreed to implement economic reforms including the deregulation of many prices of staple goods in return for a two-year, $6.2 billion precautionary credit line from the International Monetary Fund (IMF).

Benkirane said last month that the IMF had criticised his government for being too slow to enact the reforms, which will put a strain on households used to subsidised oil, gas, sugar and other staples.

Last week, the interior minister, a member of the Popular Movement party which gets most of its backing from rural areas, said that the proposed reforms could destabilise the country if implemented without taking into consideration all the risks.