The protests "aim to return the army to its correct fighting doctrine," the pro-Morsi National Alliance for the Defense of Legitimacy said in a statement. 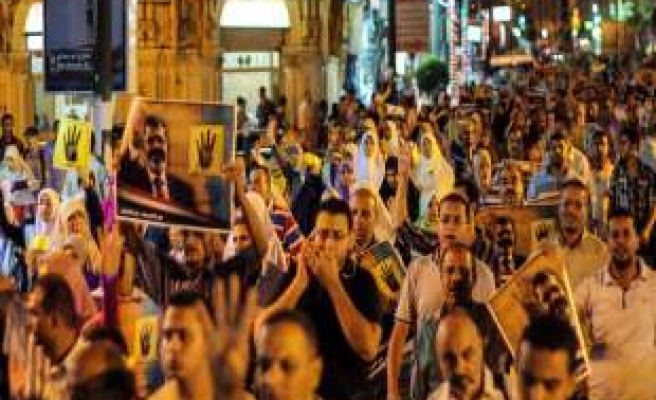 A coalition of groups that support Mohamed Morsi, Egypt's unseated president, has called for mass protests in Cairo's Tahrir Square on Sunday to mark the anniversary of Egypt's 1973 military victory over Israel.

The protests "aim to return the army to its correct fighting doctrine," the pro-Morsi National Alliance for the Defense of Legitimacy said in a statement.

The alliance added: "We don't want our army to devolve into militias that only kill their own people and chase schoolchildren through the streets."

Morsi supporters have been staging daily protests nationwide for the past 15 weeks against what they describe as the July 3 "military coup" against Egypt's first democratically-elected president.

Morsi was deposed by Egypt's powerful military establishment three months ago following massive and well-coordinated protests against his presidency.

On Tuesday evening, scores of pro-democracy demonstrators managed to penetrate Cairo's Tahrir Square for the first time since Morsi's overthrow.

They had converged on the square in response to online calls for a "surprise" demonstration in the iconic square. They were soon dispersed by opponents, however.

The pro-Morsi alliance, for its part, has argued that Egypt's top military brass "have lost their legitimacy."

"The coup leaders must take the blame for the change in Egyptian military doctrine, since they pushed the army into the political arena and took one group's side against the other," it asserted.

On Sunday, Egypt will mark the 40th anniversary its 1973 military victory over Israel.

The Muslim Brotherhood, the movement from which Morsi hails, has called on Egyptians countrywide to join the planned Sunday protests.

"As the October victory anniversary dawns on us, we are in urgent need of defeating the coup-plotters," the group declared in a Thursday statement.