As he stepped into the courtroom, the ousted president started shouting in solidarity with Gaza, promoting other defendants to follow suit. 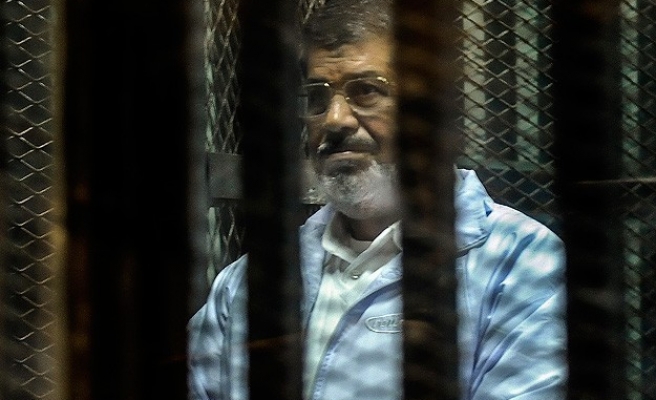 An Egyptian court on Sunday adjourned to August 18 the trial of ousted president Mohamed Morsi and 130 others charged with breaking out of jail in 2011.

Morsi, Egypt's freely elected president who was ousted by the military last summer, and his co-defendants are accused of staging a mass jailbreak during Egypt's January 2011 uprising that led to the ouster of autocratic president Hosni Mubarak.

Only 26 defendants, including Morsi, are in custody while the remaining 105 are being tried in absentia.

They all insist that the charges are politically motivated.

During today's session, Morsi chanted in support of the embattled Gaza Strip where at least 166 people have been killed in Israeli airstrikes since Monday.

As he stepped into the courtroom, the ousted president started shouting in solidarity with Gaza, promoting other defendants to follow suit.

Israel has launched a military offensive – dubbed "Operation Protective Edge" – against the Gaza Strip with the stated aim of ending rocket fire from the enclave.