Since last December, thousands, mostly Muslims, have been killed in sectarian bloodletting throughout the country blamed on the Christian anti-balaka militia. 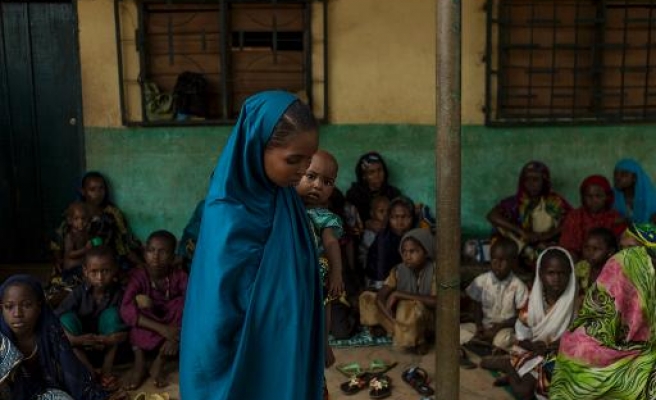 A mosque was desecrated in Bangui, the capital of the Central African Republic, a short time after Muslims living around it were evacuated for another part of the restive country, photos of the mosque showed on Monday.

Hundreds of Muslims were evacuated on Sunday from PK12, a Bangui Muslim bastion, to Sido and Kabo towns in the northwestern part of Ouham state under heavy protection from African peacekeepers.

But a short time after the Muslim population of the neighborhood left, Abdel-Azizi Abou Guirra Mosque was desecrated and its air-conditioning machines were looted by Christian residents living in a neighboring area, Anadolu Agency correspondent said.

The evacuation of the Muslim residents came on the background of confrontations that erupted in the evening of Thursday and continued until the morning of Friday in PK5, the largest Muslim district in Bangui, between militants and French troops.

The confrontations left seven people dead, according to a report by the U.N. mission in the Central African Republic.

The evacuation of Muslims has raised worries among government officials who fear it will lead to the division of the restive country between a Muslim north and a Christian south.

Since last December, thousands, mostly Muslims, have been killed in sectarian bloodletting throughout the country blamed on the anti-balaka militia, which is mainly made up of Christians.