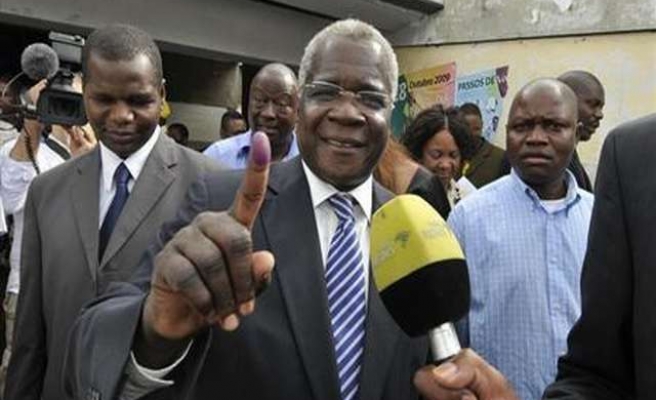 Mozambique's Frelimo government and the Renamo main opposition party have signed a formal end to hostilities, sealing a peace pact ahead of a presidential election scheduled for Oct 15, negotiators from both sides said.

The signing of the document late on Sunday declared an end to nearly two years of sporadic clashes between armed partisans of Renamo leader Afonso Dhlakama and the security forces of President Armando Guebuza's government.

Elements of the peace accord had already been announced in recent weeks between the former civil war foes, including an amnesty law approved two weeks ago that will allow Dhlakama to leave his temporary hideaway in the bush and run for the presidency in the coming election.

The low-level clashes between Renamo guerrillas and the army and police since 2012 had raised fears of a lapse back to the chaos of the 1975-1992 civil war in the southern African state, which is developing big coal and offshore gas deposits with foreign investors.

Dhlakama, whose Renamo party has lost every election to Frelimo since the end of the war, had taken his fighters back to the bush after accusing Guebuza and Frelimo of unfairly monopolising political and economic power in the country.

"The declaration of the cessation of military hostilities which we've just signed is made in the spirit of good faith and represents the will of all of Mozambique's people to establish peace and harmony in our country," said Renamo's negotiator Saimone Macuiane, who initialed the document with the government representative, Agriculture Minister Jose Pacheco.

The accord, which is expected to be ratified by Dhlakama and Guebuza in a public ceremony in coming days, foresees the demobilisation of Renamo's fighters and their integration into the national army and police, a process that will be overseen by foreign military observers.

It will also allow Dhlakama to leave his bush base in central Sofala province and begin campaigning for the Oct. 15 elections. The constitution bars Guebuza from running for a third term and former Defence Minister Filipe Nyusi will run as the Frelimo candidate.

Whoever wins the Oct. 15 vote will face the challenging task of bringing to fruition major coal and offshore natural gas investment projects that have the potential to bring billions of dollars to a nation that was in ruins two decades ago.