Mubarak-era tycoon 'to waive half his fortune to Egypt'

Salem is being tried in Egypt over charges of financial corruption, willful damage to public property, abuse of power, profiteering and exporting Egyptian natural gas to Israel at prices below market rates 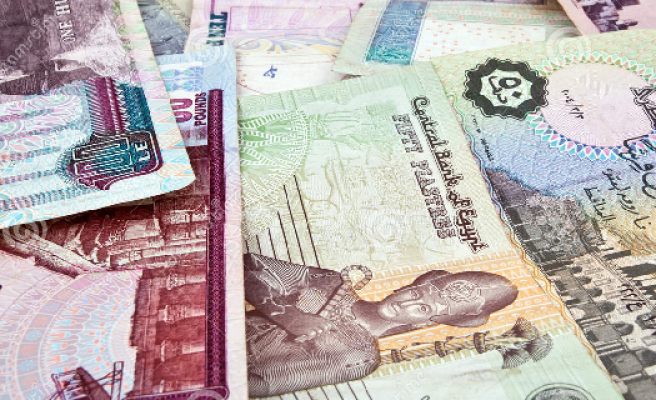 Egyptian fugitive business tycoon Hussien Salem said Sunday that he approached the country's attorney general to offer to relinquish half of his fortune – about four billion Egyptian pounds (approximately $560 million) – to Egypt.

"I filed a request with the office of the attorney general to waive half of my fortune, which currently stands at about eight billion Egyptian pounds, not only to settle the cases against me, but also because I want the best for my country," Salem told The Anadolu Agency over the phone from Spain, where he is currently residing.

Salem asserted that his office comes irrespective of the settlement he is seeking in the cases against him, and even if he is acquitted in those cases.

"The decision to relinquish half of my fortune is not tied to the settlement my lawyer is currently pursuing in Cairo, and I will not retract my waiver even if I am acquitted," Salem added.

Salem is being tried in Egypt over charges of financial corruption, willful damage to public property, abuse of power, profiteering and exporting Egyptian natural gas to Israel at prices below market rates.

The request was confirmed by Salem's lawyer Mahmoud Kebeish.

"My client has extended a waiver to the attorney general relinquishing half of his fortune, as well as a hotel in [the South Sinai resort town of] Sharm al-Sheikh, a sanitation plant and the el-Bayadeia land in [the southern province of] Luxor," Kebeish told AA.

In March 2011, he was sentenced in absentia to 15 years in prison, along with his son, for exploiting their close relationship with Mubarak, which had allowed them to buy an island in the Nile River at well below its real value.

Egyptian authorities say Salem is also implicated in "irregularities" related to the export of Egyptian natural gas to Israel.

Last year, Salem's lawyers proposed that the government assumes control of 75 percent of the businessman's Egypt properties and 55 percent of his properties abroad – especially in Spain and Switzerland – in return for acquitting their client.

But the offer was rejected at the time by Egypt's then attorney general, Talaat Abdullah.

Salem had been a co-owner of the company that used to export Egyptian natural gas to Israel. He also owned a hotel chain in the Egyptian resort city of Sharm al-Sheikh at which Mubarak had been a frequent visitor.

On Saturday, a Cairo court dropped the case against Mubarak on charges of conspiring in the killing of protesters during the 2011 uprising.