Mubarak in 'good health', not in coma: Lawyer 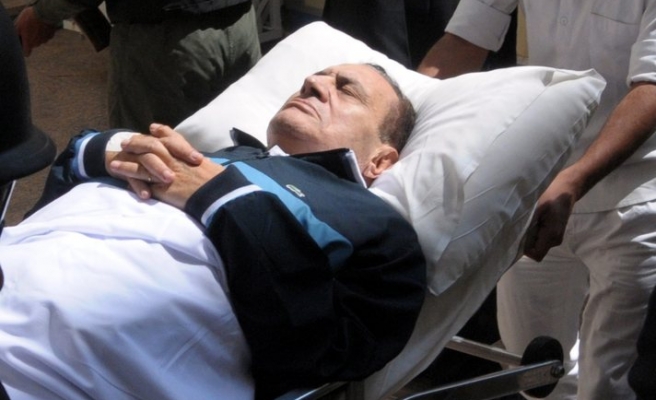 The lawyer of former Egyptian president Hosni Mubarak on Saturday refuted allegations that his clients has slipped into a coma, saying that the octogenarian leader was in good health.

"Every time the [former] president's trial approaches, rumors of him falling ill or slipping into a coma begin to surface, which are categorically untrue," Mubarak's lawyer Farid al-Deeb told Anadolu Agency on the phone.

"His [health] condition is good and stable," he confirmed.

An Egyptian court is set to issue a verdict on November 29 in the retrial of Mubarak, ex-interior minister Habib al-Adly and six former top security officials on charges of ordering the murder of hundreds of protesters during a 18-day uprising, which ended Mubarak's 30-year rule in early 2011.

Al-Deeb declined to speak about the expected verdict.

"We have done our job and we are waiting for the ruling," he said.