The court heard more witnesses on Thursday. A police officer told the court that security forces had arms in central Cairo during the uprising, suggested they were used against protesters. 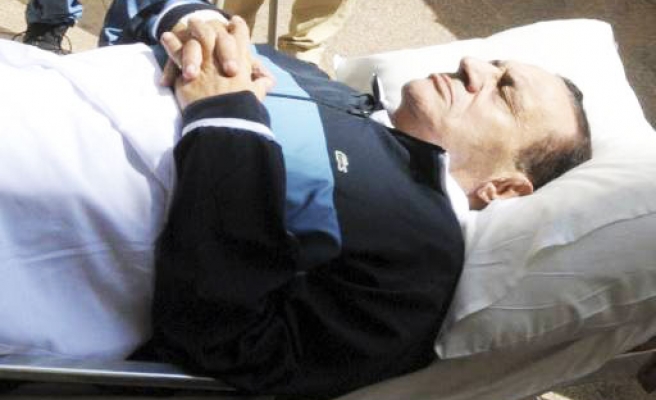 Hosni Mubarak was back in court on Thursday over the killing of protesters, a day after the presiding judge summoned Egypt's military ruler and other top officials to testify next week in the trial of the toppled ex-president.

The testimonies of such high-ranking officials could prove decisive in the case, although Judge Ahmed Refaat said when he announced the decision on Wednesday that the witnesses would be heard behind closed doors for reasons of national security.

The court heard more witnesses on Thursday. A police officer told the court that security forces had arms in central Cairo during the uprising and suggested they were used against protesters. Defence lawyers said he was in no position to know.

The judge surprised the court on Wednesday by saying Field Marshal Mohamed Hussein Tantawi, who heads the military council now ruling Egypt and served as Mubarak's defence minister for two decades, would appear in the witness box on Sunday.

"The decision to summon Field Marshal Tantawi and the others is certainly a good thing, but the session has to be public in order to be fair," said Mohamed Adel, an activist with the April 6 movement which helped force out autocrat Mubarak in February.

"We have to see it, and the concept of a publishing ban and secrecy is totally rejected by us," he added.

Earlier this week, police witnesses suggested that neither Mubarak nor his former interior minister, Habib al-Adli, who is also in the dock, had ordered police to shoot. Two witnesses said they were told to exercise "self-restraint".

Lawyers for some of the 850 people killed in the revolt that ousted Mubarak on Feb. 11 have been irked by police statements, saying officers changed their accounts when they were in court.

But the judge dismissed a prosecution bid to raise a case against one witness for alleged false testimony.

As in the four previous sessions since the trial started on Aug. 3, Mubarak was flown to the court by helicopter and wheeled into the courtroom on a stretcher. The 83-year-old has been hospitalised since April when he was first questioned.

Mubarak is charged with conspiring to kill protesters and "inciting" some police officers to use live ammunition, as well as with corruption. He has denied all charges.

Police officer Essam Hosni told the court on Thursday a security plan was in place early in the uprising that erupted on Jan. 25 to prevent protesters reaching Tahrir Square. He said police were armed with guns in central Cairo and elsewhere.

"The amount of arms available in central Cairo and in front of all the police stations and jails confirms that deaths and injuries were a result of the use of these weapons," he said.

Defence lawyers suggested he was not in a position to make his statements and was drawing conclusions. "The witness is basing his testimony on matters he heard," one said.

The former president is standing trial with Adli, six police officers and his two sons, Gamal, who was once seen as being groomed for top office, and Alaa, a businessman.