Experts say former strongman's acquittal is an affront to all who believed Mubarak’s overthrow would see the powerful face justice. 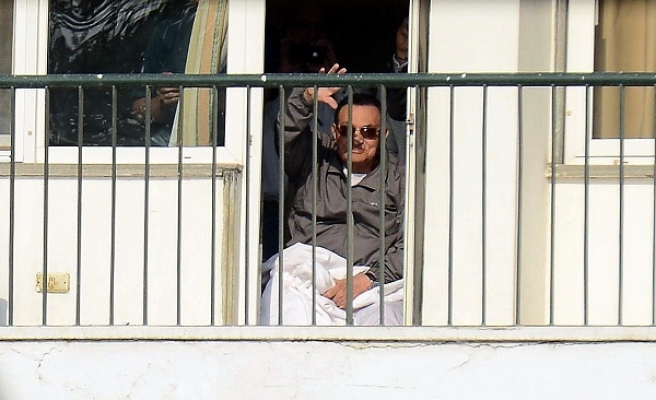 But nearly four years after a popular revolution forced him to step down, an Egyptian court dismissed charges against the ex-dictator related to the deaths of hundreds of protesters during the uprising that forced him from power.

Although not surprising, it was the latest blow to the country's justice system.

"The court’s decision to dismiss the murder charges against him on a technicality while thousands are jailed for peacefully protesting is a fresh slap in the face of every Egyptian who believed that their revolution would hold the most powerful to account," said Sarah Leah Whitson, Middle East & North Africa director for Human Rights Watch.

On Saturday, a court in Cairo dropped the case against Mubarak on charges of conspiring in the killing of protesters during the 18-day uprising in February 2011.

Seven of his top security aides, including feared ex-interior minister Habib al-Adly, were also cleared of ordering the murder of the anti-regime protesters during the unrest that saw mass demonstrations and sit-ins across the country.

According to Whitson, the failed prosecutions against Mubarak and his officials showed the dire need for an independent body to investigate the old regime's wrongdoings, "since Egypt's prosecutors and judges have shown little appetite or ability to hold any official accountable.”

"Transitional justice in Egypt is now a shambles, and the authorities should recognize that this lack of accountability only breeds further unrest," she said.

Mubarak and his interior minister were sentenced to 25 years in prison in late 2012 for ordering the murder of demonstrators during the uprising, but the court later ordered a retrial after the former president's lawyers successfully appealed the sentence.

Many Egyptian pro-democracy activists believe Saturday's verdict completes the old regime comeback process, which began with the July 2013 military coup that ousted the country’s first freely elected President Mohamed Morsi after only one year in office.

The army-backed authorities have launched a massive crackdown on dissent since Morsi's ouster, handing down death sentences for hundreds of Morsi supporters.

Former army chief, Gen. Abdel-Fattah al-Sisi, widely seen as the architect of Morsi's ouster and imprisonment, was elected president in May.

"For many, the acquittal of Hosni Mubarak will be seen as the final nail in the coffin for the independence and impartiality of Egypt’s criminal justice system," according to Hassiba Hadj Sahraoui, Amnesty International's deputy director for the Middle East & North Africa.

"Far from an independent and impartial body able to provide a remedy for abuses, the judicial system has become part of the machinery of repression," she said.

The removal of all charges against Mubarak dealt the "final blow" to what remained of the Arab Spring in the Arab world's most populous nation, said Ebrahim Moosa of the University of Notre Dame, referring to the wave of pro-democracy protests and uprisings that took place in the Middle East and North Africa beginning in 2010, challenging some of the region’s most entrenched authoritarian regimes.

"It is also a dangerous moment for Egypt and a volatile region, since the latest move has already elicited anger and dissatisfaction on Egypt’s streets. While the regime of Gen. Sisi can suppress dissent in the short term, the political process in the country itself is at risk and anything unexpected can happen," Moosa said.

The ruling has already invited the ire of many Egyptians with some relatives of the slain protesters taking to the streets to protest the autocrat's acquittal.

Two people were killed late Saturday during a protest near iconic Tahrir Square, the center of protests in 2011.

"However, it is not surprising that the charges against Mubarak was dropped since the prosecutorial process from the get-go was a flawed one and was initiated by Mubarak appointed prosecutors," Moosa said.

The appeal will be submitted to the Court of Cassation, Egypt's highest appellate court, and a second trial will be ordered if the appeal is accepted, according to Egyptian law.

Gaber Sayyed lost the use of his legs when an armoured police vehicle crushed them during the 2011 uprising that ended Hosni Mubarak's 30-year rule and ignited hopes for a new era of freedom and accountability.

Almost four years on, he says a court's decision to drop charges against Mubarak over the killing of hundreds of demonstrators during the Tahrir Square revolt has extinguished any hope that his sacrifice would have a purpose.

"Our hope is only in God. Justice here is lost, justice is broken," he said.

"What has changed? ... What is the difference between Egypt in 2014 and Egypt in 2009, before the revolution? Nothing," said Ahmed Ezzedine, whose 21-year-old son was killed by gunfire at the time of the protests in 2011.

"If Hosni Mubarak and... the aides are innocent of these charges against them, then who killed him? Will they say the Brotherhood did it or that UFOs came from space and killed the Egyptian people and flew away?"

"The Mubarak verdict is... the strongest possible message from the state that the revolution has been overturned," said British-Egyptian filmmaker and activist Omar Robert Hamilton.

Meanwhile, Mubarak-era figures are steadily being freed, while new laws limit the scope for dissent. A draft law lists a litany of offences from harming national unity to disrupting public order as grounds to designate an organisation as terrorist.

Another proposal curbs media coverage of the armed forces, the most powerful force in a country ruled almost exclusively by military men for the past six decades.

Since 2011, at least 10 Mubarak-era politicians, including his prime minister Ahmed Nazif, have been freed from jail.

Several politicians who were in Mubarak's last cabinet returned under Sisi.

They include Fayza Abul Naga, recently appointed Sisi's national security adviser, who was a minister under Mubarak and the military council that ruled in the immediate aftermath of the revolt, when she spearheaded a crackdown on non-governmental organisations.

Stuck in traffic caused by the closure of Tahrir Square the day after two people were killed in protests against the Mubarak verdict, one taxi driver remarked: "Yes, he stole, but Mubarak is gone and we need Sisi, we need stability. We need to look forward. We can't keep looking back."

The government has declined to comment on the verdict but Sisi has ordered a review of compensation for victims.

Though it disappointed victims and dissidents, the Mubarak ruling came as little surprise. Activists said they had always wanted Mubarak to be tried in a special court rather than by a judiciary that they say is not equipped to hold to account leaders who embodied the system for so long.

"We have very little hope... but we have no option except to keep pressing," he said. "Without justice there cannot be stability."

Ezzedine, the father of the dead son, said the powerful and rich ruling class saw no need for justice for those who died in 2011.