Mugabe birthday bash to include elephant on menu

In addition to a lion trophy, two elephants are donated for the party menu – enough to feed some 20,000 party guests. 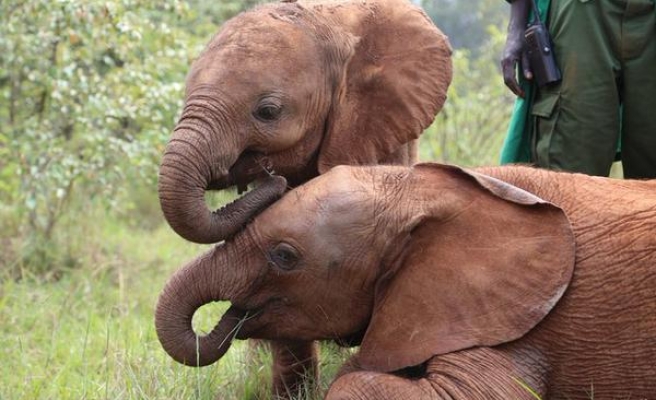 "The President has done wonders for me and for most Zimbabweans," Tendai Musasa, chairman of the Woodlands Conservancy in Victoria Falls, told.

Mugabe, who has been in power since 1987, turns 91 on Saturday, for which his ruling Zanu-PF party plans to throw a lavish party – reportedly on Feb. 28 – to mark the occasion.

In addition to a lion trophy, Musasa said he had donated two elephants for the party menu – enough to feed, he said, some 20,000 party guests.

"I am also contemplating adding a crocodile to the list since the crocodile is Mugabe's totem animal," he said.

Musasa insisted he had donated the animals of his free will.

"There was no coercion," he said. "The Woodlands Conservancy sits on 12,600 hectares of land… I do not know [the land's] value, but we have it. That goes to show you the emotions that well up when the name 'Robert Mugabe' comes up."

But Johnny Rodrigues, chairman of Zimbabwe's Conservation Task Force, condemned the killing of elephants for a birthday party as "totally unethical."

In a statement, he said: "I am not in favor of anyone donating wild animals for a celebration or for any other reason."