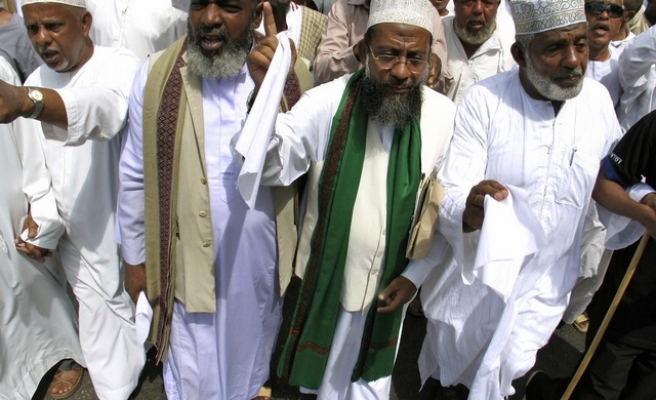 The Anti-Terror Police Unit had requested 14 days to question the men, who were arrested Sunday on suspicion of radicalizing and recruiting youths to join the al-Shabab militant group.

Magistrate Dancun Mtai allowed five days “to strike a balance between the applicant’s duty to secure the country against acts of terrorism… and the suspects’ constitutional right of liberty”, the Daily Nation website reported.

The clerics were arrested in a mosque in Mandera, a town near the border with Somalia that has been the site of intense militant activity. Last year, 28 teachers were killed by al-Shabab in Hareri on the town’s outskirts.

The Supreme Council of Kenyan Muslims’ Director General Abdul Latif told Anadolu Agency the police had a record of arresting Muslim clerics, only to release them without charge later.

“If these people are innocent they should be released immediately without them suffering anymore,” he said. “Before the government arrests clerics they should do a thorough investigation with their intelligence teams to avoid a backlash.”

Latif claimed Muslims were being profiled as potential terrorist suspects.