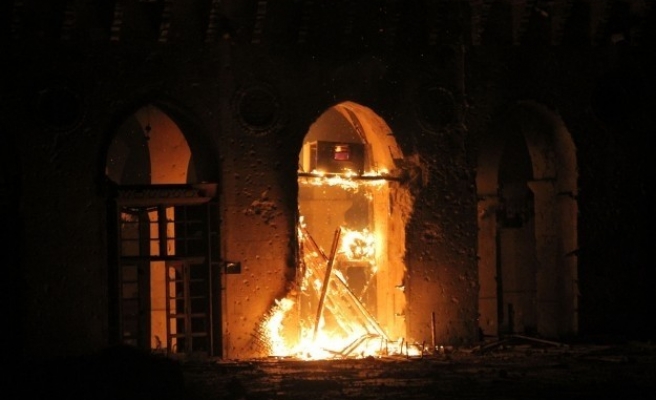 Nigeria's highest Islamic body said on Sunday that a string of recent massive blasts and shootings in the northwestern city of Kano had been made to justify the extension of the emergency rule in the restive northeastern region.

"Why is it that any time the ineffective state of emergency was about to elapse, or an extension was being sought, attacks were carried out with sophistication?" Khalid Aliyu, the spokesman of Jama'atu Nasrul Islam (JNI) asked.

"Why must blood be spilled to justify the extension of the state of emergency?" he asked again in a statement.

A large number of residents of Nigeria's northeastern region agree. There is a similar view among a large number of experts on the Boko Haram crisis. The government, however, rejects such attitudes.

JNI said that heightened attacks at times when the emergency rule was about to come to an end raise suspicion about who could be behind the violence for which the insurgent Boko Haram is often blamed.

"JNI will not be deterred nor cowed in observing the way and manner Muslims are being killed in Nigeria, particularly in the north," the group said.

It added that it was shocked and pained beyond words over news of the Friday bomb blasts in Kano.

The blasts had claimed the lives of over hundred Muslims as they were praying at a mosque.

Soon after the blasts, worshippers, who attempted to escape, were also targeted by gunfire.

JNI referred to a series of coordinated bomb blasts that rocked Kano on January 20, 2012. It was a Friday too.

It said nobody had been prosecuted against the background of the blasts, nor anything was done to protect the lives of ordinary Nigerians.

The Muslim group called on Nigerian authorities to be "manifestly committed to their responsibility of protecting the lives and properties" of the people, because no development can occur in an unstable environment.

It also called on mosque preachers and their followers to intensify special prayers with the aim of ending violence across Nigeria, especially in the northern region.

Nigeria first declared a six-month emergency rule in the Boko Haram-wracked northeastern region in May 2013, a measure that had twice been extended.

Current efforts to extend the measure have been rejected by an arm of the parliament and many stakeholders in the region, while opinion is still divided inside the Senate.

A debate is due on the matter in the Senate on Tuesday with very slim chances of extending the measure.

A concurrence of both arms of the bicameral legislature is required to approve the President's request to extend the state of emergency. The House of Representatives has already turned down the request.

Nigeria has been battling the Boko Haram insurgency since 2009. Thousands of people have already been killed, while others displaced because of the fighting.