Attacks on Monday killed more than 60 people in Mpeketoni, a mainly Christian town in the predominantly Muslim county of Lamu. 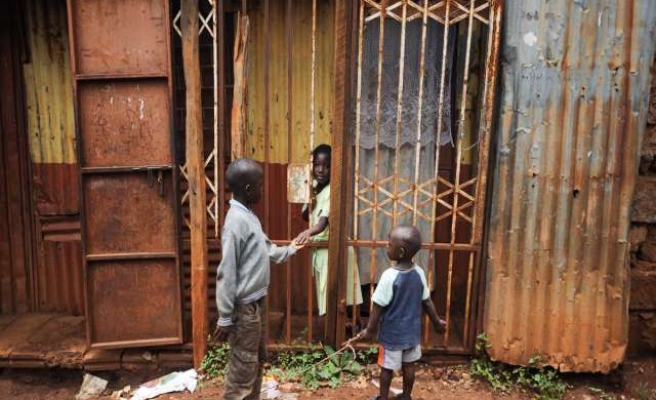 Dozens of Muslim families in Mpeketoni, a coastal Kenyan town where more than 60 people have been killed in separate attacks this week, have fled the trading center as tension rises between them and the Christian majority in the town.

"Mpeketoni is not safe for us," Ali Lali Uweso, the headmaster of primary school, told Anadolu Agency by phone.

"As we speak, we are travelling in a convoy of several vehicles from Mpeketoni with Swahili and other Muslim families heading to Mokowe Jetty to take a boat to the islands," he said while on the road to Lamu, some 34 kilometers from Mpeketoni.

The Swahili people are an ethnic group whose name is driven from an Arabic word meaning coasts.

"I'm concerned about the safety of my family," said a panicking Uweso.

He added that groups of youth had blocked the main road entering Mpeketoni from the small market town of Witu today, burning tires and moving around.

"They were saying they want to take revenge," said Uweso.

"There is a lot of tension now and people are going around talking about plans by the youth to attack Swahili and other Muslim homes," added the headmaster.

Local residents confirmed that a Swahili Muslim man in his 50s was beaten unconscious by youth armed with crude weapons who claimed to be revenging the victims of the recent attacks.

At least nine people were killed and a number of others wounded in late Monday's attacks in the usually sleepy town of Mpeketoni near the Somali border.

The fresh attack came as Kenya was still recovering from news that at least 53 people had been killed the previous evening in an attack on a local police station and three hotels.

Both attacks were reportedly claimed by the Somali rebel group Al-Shabaab.

But Kenyan President Uhuru Kenyatta exonerated Al-Shabaab of the attacks, blaming them instead on local politicians and vowing to prosecute security officials for ignoring earlier intelligence warnings.

Mpeketoni is a mainly Christian town in the predominantly Muslim county of Lamu.

Many of the locals are ethnic Kikuyu, the largest ethnic group in Kenya.

Many of them were reportedly settled by the government in the fertile Lamu mainland immediately after Kenya gained its independence from Britain in 1963.

The majority and indigenous ethnic tribes in Lamu County are the Swahili and Arabs who are predominantly Muslims.

Mpeketoni remained deserted on Tuesday with most shops, businesses and schools closed down as locals prepared for the burials of the victims.

But Steve Wanyoike, a local Christian leader, said Muslim families had decided to leave Mkepetoni at their own will.

"In the wake of the Sunday attack we counted the bodies of those dead and realized they were all Christian men," he told AA.

"There was no single Muslim killed," Wanyoike suggested.

"The Muslims realizing this decided to move their families to Lamu Island. They began moving their wives and children first," he added.

Christian youth blocked the convoy from leaving Mpeketoni and a confrontation emerged between the two sides before police intervened.

"The Christian youth demanded that no Muslim family should leave the town," said Wanyoike.

"They said every resident should remain and die together in case of any further attack," he added.

The leader said the Christian youth had stopped the Muslim convoy from moving to Lamu.

"Police had to come to the rescue of the Muslim families. It is then that they were left free to leave the town," he added.

According to Uweso, the fears of the Muslim families are justified.

He recalled that four houses belonging to Swahili Muslim families were burnt down on Monday night.

"Am moving my wife, my two children and my brother in law," the headmaster told AA.

"I talked to a senior police officer asking for some protection to the few Swahili people but he said he expects deployment of more officers on Wednesday," he recalled.

"You never know what would happen overnight that is why I am moving my family," Uweso said.

In Mkunumbi, a Swahili town a few kilometers away from Mpeketoni on Lamu mainland, local Muslim youths were taking a night vigil to protect their community.

"We have organized ourselves in groups to protect our community overnight" AbdulAziz Omar told AA.

"We now find ourselves caught between the Al-Shabaab militants and our own Kenyans," he lamented.

My Kenyan brothers, why do we let imported things e.g religion divide us?