A governor in northern Nigeria has accused the central government of committing genocide under the pretext of fighting Boko Haram. 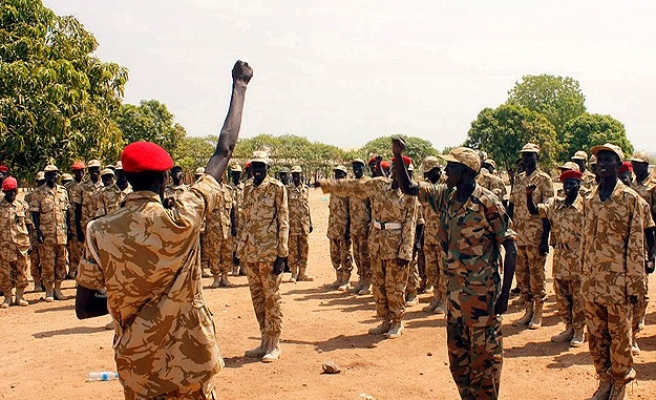 Governors from across Nigeria's 19 northern states will meet on Thursday to discuss recent allegations that the government of President Goodluck Jonathan was complicit in acts of genocide in their region.

"With a view to addressing the issues, the forum will discuss the memorandum submitted to it by Governor Murtala Nyako of Adamawa State, where he raised several concerns about the insurgency in the north," Northern Governors Forum (NGF) Chairman Babangida Aliyu said in a statement to the media.

Aliyu, governor of Niger State, said a meeting to discuss the issue had been scheduled for Thursday.

Governor Nyako, a retired admiral, has accused the central government of committing genocide in northern Nigeria under the pretext of fighting the Boko Haram insurgency.

He claimed the government was behind recent mass murders and kidnappings in the area, suggesting that Boko Haram could well be "a phantom organization" used by government-funded militias to ruin the region.

Nyako accused the central government of trying to forment ethno-religious wars in the region.

The retired admiral said only government-backed criminals could have abducted over one hundred schoolgirls – without being stopped – in an enclave under army-imposed emergency rule.

On April 14, militants stormed the Government Girls Secondary School in Chibok, located on the fringes of Sambisa Forest – a known Boko Haram hideout – in the northern Borno State.

They loaded scores of schoolgirls onto their trucks before driving away unhindered.

Nigeria's northeastern Adamawa, Borno and Yobe states all remain in the grip of the bloody Boko Haram insurgency.

President Jonathan has maintained a state of emergency in the three states since May of last year.

The presidency has since refuted Nyako's claims, saying the governor was trying to incite the north against the president and other parts of the country.

Boko Haram first emerged in the early 2000s as a group focused on preaching against government misrule and corruption.

Following a jailbreak in Bauchi, a subsequent crackdown and the killing of group leader Mohammed Yusuf in police custody, the group became violent.

In the years since, it has been blamed for attacking places of worship and government institutions, along with thousands of deaths.

Governor Aliyu said the meeting of the northern governors would also include leaders of Miyetti Allah, a coalition of Fulani herdsmen who have been accused of involvement in various crises plaguing the region.

"I am enthusiastic that the interface between northern governors and Miyetti Allah would engender the restoration of the most desired peaceful coexistence, unity and development to the region," said Aliyu.

The Nigerian Red Cross announced Saturday that 84 people had been killed in deadly ethnic clashes last week between Fulani herdsmen and indigenous Jukun tribesmen in the northeastern Taraba State.

Fulani herdsmen are nomads who move from one settlement to another in search of better grazing grounds for their animals.

They often clash with local farmers amid tit-for-tat accusations over cattle theft and the destruction of farmland.